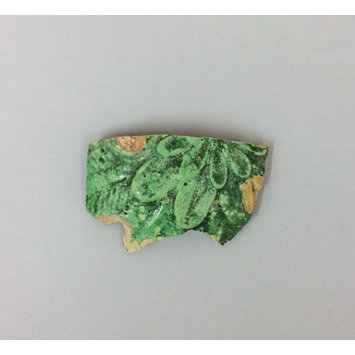 Glazed composition, more commonly known as faience, is an artificial ceramic material composed of silica (ground quartz powder or sand), alkali (typically natron or plant ash), and lime. When mixed with water, this material forms a paste which can be shaped by hand or poured into moulds, and hardens when fired. A colourant (typically a metal oxide) either within the body material, or applied as part of a second layer on top, reacts when fired to produce the bright colours typical of glazed composition. The most well-known colour of glazed compositon is blue or blue-green; this was produced by copper oxide.

The term faience is actually a misnomer, as the ancient Egyptian material is completely unrelated to the glazed ceramics made in Faenza, Italy (now called majolica) from which the name derives. For this reason, ‘glazed composition’ is elsewhere used to describe the material. Glazed composition has been produced in Egypt since at least the 5th Millennium BC, where it was initially employed for producing jewellery and amulets in imitation of precious stone; it is believed to have developed from the practice of glazing actual stones, such as steatite, to mimic the appearance of turqouise and lapis lazuli. Over time, production also developed to encompass larger figurines, jewellery and vessels, most famously the so-called ‘marsh bowls’ of the late Middle Kingdom and New Kingdom.

Ptolemaic and Roman glazed composition vessels represent a continuation of this manufacturing tradition, but also demonstrate typological and technological developments. Vessels of this time are characterised by heavier use of moulding and relief decoration. Earlier Ptolemaic vessels often have lighter and finer decoration, with Roman vessels typically bolder or deeper incised, although still employing similar motifs and styles. As well as the continuing manufacture of monochrome vessels, increasing numbers from this period demonstrate polychrome decoration, often two-tone green, green and blue, white and purple or white and brown. The contrast of colours is used to emphasise relief details, or differentiate interior and exterior surfaces.

Few kiln sites of the Ptolemaic and Roman Periods are known. However, Memphis, the ancient capital city in the North of Egypt, was a major centre of glazed composition production. Flinders Petrie’s excavations of the kilns at Kom Hellul in the Southern part of the site, in the early 1900s, have informed much of our knowledge of glazed composition ware production of this time. 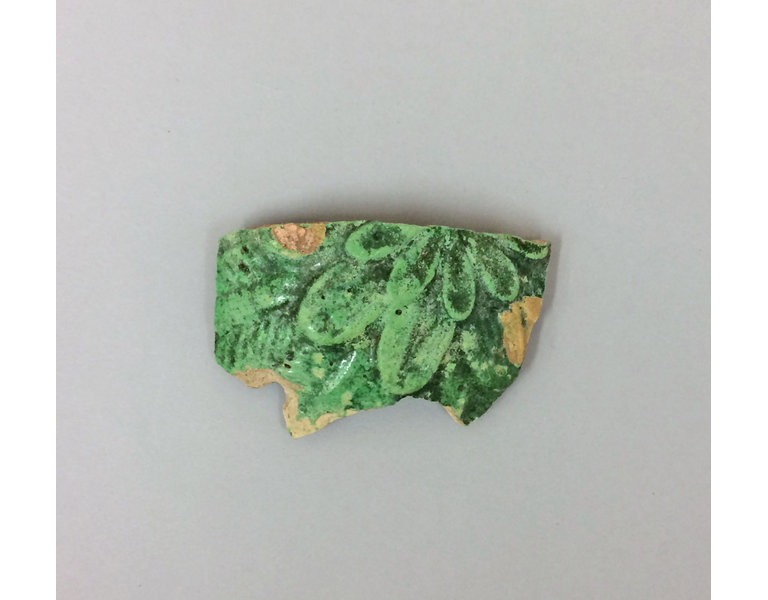