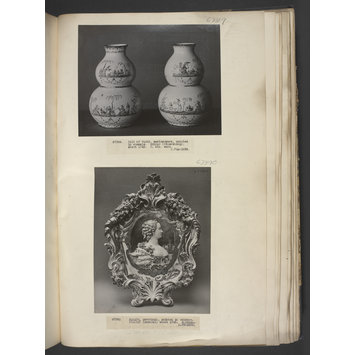 Plaque of hard-paste porcelain painted with enamels and gilded, with a portrait of Empress Maria Theresa of Austria in relief against a purple background hung with red curtains. Set in a rococo frame of flowers in colours and gilt. 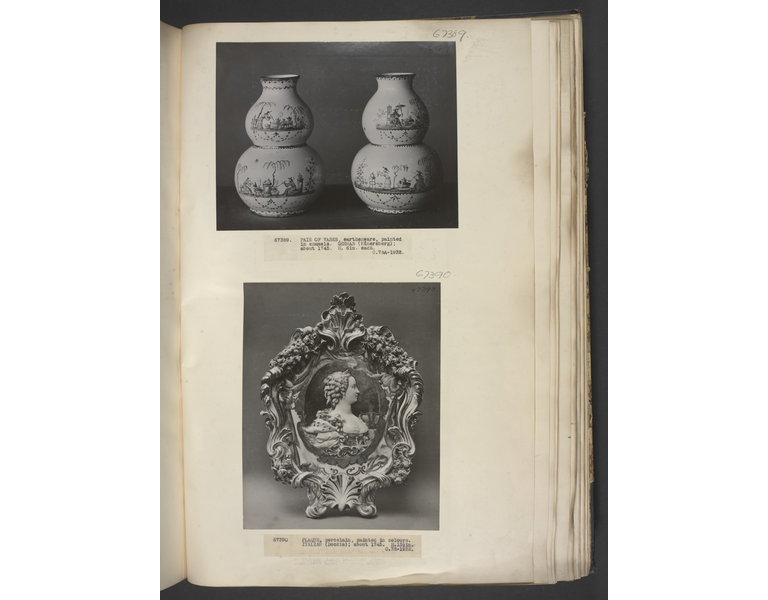