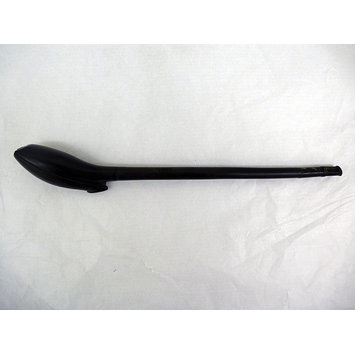 Smoking leaf tobacco in clay pipes became established in all parts of Europe during the course of the 17th century, following its introduction from Mexico by Francesco Fernandez in 1558. It was consumed as a fashionable and healthy substance by adult men and women, but its relatively high cost meant that its use was generally restricted to the mercantile classes and above. The fragile clay pipes used to smoke tobacco were also initially quite expensive, and were sometimes highly decorated, so protective wooden pipe cases were developed to contain them.

This case would have contained a relatively short pipe which could have been easily carried outdoors inside a pocket. Long pipes, of the type made famous in the paintings of many Dutch masters of the seventeenth-century (for a good example see Jan Steen’s <i>As the Old Sing So Pipe the Young</i> (1668-70), tended to be smoked at home or at an inn. These were considered more desirable as they could hold more tobacco, and because they allowed the smoke to cool before it was inhaled, although they were more fragile and unwieldly.

The wars of the Sun King Louis XIV helped to popularise the smoking of pipes amongst the lower orders in France. His campaigns took soldiers to parts of Europe where pipe-smoking was generally accepted, and he ensured that every man received a daily ration of tobacco, as well as a pipe and the means to light it.

Design:
Pipe case of ebonised wood with brass hinge and piqué work. The case consists of a compartment for the pipe bowl, which can be opened, allowing the pipe to be inserted; a stem section; a ventilation hole at the mouthpiece end.

The endpiece appears to be of brass, and has an octagonal profile which becomes cylindrical further down its length. The stem section is undecorated with the exception of a faint ring of piqué, around the circumference of the stem, just below the bowl compartment. There is another faint ring of stars also near the bowl.

The bowl compartment has a pronounced forward-sweep. The lid’s spur sweeps underneath the main body. On top of the bowl compartment is a small brass hinge-plate. The lid and body are bordered by matching lines of piqué work. Upon the lid is a flower with piqué work stem and petals, with silver leaves and head.

The inside of this case is not decorated.

Construction:
The case is made from two pieces of ebonised wood: a lid and a main body. The hinge-plate is mounted with brass tacks. The part of the case in which the stem of the pipe would have resided would probably have been bored using a heated metal rod.

The lid is held shut by a brass snap closure.

Condition:
The case shows signs of overall wear, there are many scratches, and in places the black stain has become rubbed, revealing the wood underneath. The endpiece is misshapen. There are two long splits running down the front of the bowl compartment.

Clay tobacco pipes are fragile, so cases such as this one were used to ensure they would remain intact when carried outside by their owners. Post-1690 a spur on the pipe’s ‘heel’ developed which made them easier to hold as one could do so without the risk of burning one’s fingers. For long pipes, this also meant it could be rested on a table without leaving a burn mark. The hinged lid tended to be favoured after this date as a sliding closure would catch on the spur. This case would have contained a relatively short pipe.

By this date, pipe smokers in England had adopted a more upright pipe bowl, however pipes with a swept-forward bowl were still seen in Europe well into the 18th century.

Most eighteenth-century pipe cases featured an opening at the end of the stem section, possibly to, in the words of W. Sanders Fiske, ‘keep the pipe sweet and clean’.

Pipe smoking became more generalised in Europe following the wars of Louis XIV. His campaigns took French soldiers into countries where the smoking of tobacco pipes was generally accepted, and they took up the habit. Their fondness for it was increased by the Sun King’s insistence on a daily tobacco ration for his soldiers, as well a pipe for each man and the means to light it.

Up to around 1830 the smoking of pipes in France was restricted to the lower and middle-classes, as the aristocracy preferred to take snuff. According to Napoleon Bonaparte’s valet, Constant, the Emperor considered that pipe smoking ‘was only good for helping idlers to while away the time’. 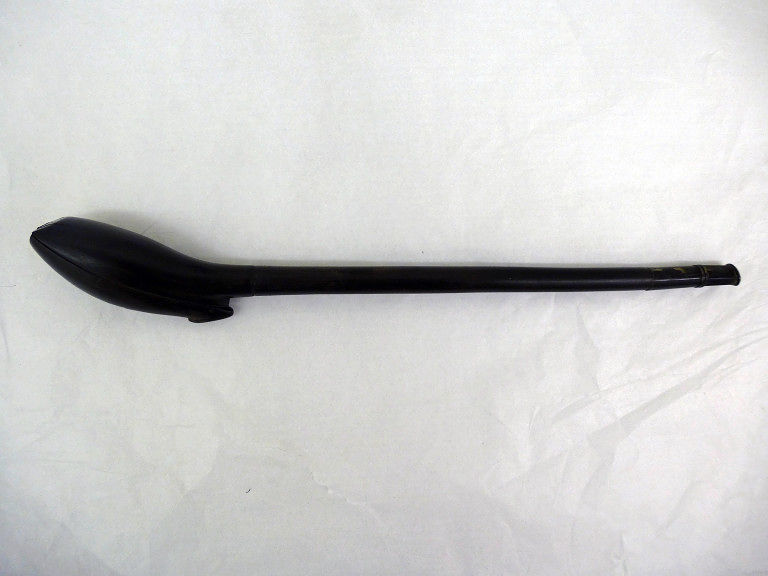