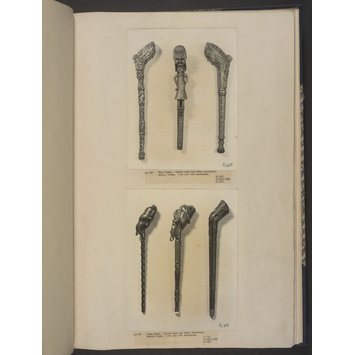 This case would have contained a relatively short pipe which could have been easily carried outdoors inside a pocket. Long pipes, of the type made famous in the paintings of many Dutch masters of the seventeenth-century (for a good example see Jan Steen’s <i>As the Old Sing So Pipe the Young</i> (1668-70), tended to be smoked at home or at an inn. These were considered more desirable as they could hold more tobacco, and because they allowed the smoke to cool before it was inhaled, although they were more fragile and unwieldly.

This pipe case is elaborately carved with scrolling acanthus leaves and closely detailed putti, and it also sports an engraved silver hinge. The good quality of the carving and the use of a precious metal might imply that it belonged to an owner of some status.

Design:
Pipe case of carved boxwood with engraved silver mount. The case consists of a compartment for the pipe bowl, which can be opened, allowing the pipe to be inserted; a stem section; a ventilation hole at the mouthpiece end.

It is decorated all over with scrolling ornament of acanthus leaves and flowers. There are two putti on the stem located amongst the foliage. On the bowl, on the opposite side to the stem perched on the 'spur', is an eagle looking over its left shoulder with wings spread. The hinge is engraved crudely around its top edge with a simple rope motif. The inside of the case has been painted red.

Construction:
The case is made from two pieces of boxwood: a lid and a main body. On top is a silver hinge plate, nailed with six tacks to the lid and main body, with three tacks used apiece. The part of the case in which the stem of the pipe would have resided would probably have been bored using a heated metal rod.

The lid is held closed by a spring-catch which is activated by a small, round silver button on the bottom of the case. Behind this button is a silver stud which holds the spring-plate in place. Underneath the lid, on the main body of the case, just below the hinge, is a semi-oblong recess which may previously have held a decorative plate. Now all that remains is a bare tack in the centre.

Condition:
The pipe case has a slight downward curve from its bowl to its mouthpiece. The wood on shaft is quite thin in places. There are currently two small holes in the low points of the carving. There are also three small (1-3mm long), microcracks/splits.

Given by W. Sanders-Fiske, a collector who lived locally to the V&A, as part of a collection of pipe cases (museum nos. W.144 to 179-1928) in November 1928 (RP 28/10633). He later donated to the Museum his important collection of 18th century Staffordshire porcelain figures.

H. Clifford Smith, in a note on a minute paper (RP 28/9292), 02/11/1928: ‘The collection of pipe-cases is undoubtedly a very interesting one, and every item differs.’ Upon entry to the Museum, the condition of this object was noted as 'slightly worn'.

Clay tobacco pipes are fragile, so cases such as this one were used to ensure they would remain intact when carried outside by their owners. Post-1690 a spur on the pipe’s ‘heel’ developed which made them easier to hold as one could do so without the risk of burning one’s fingers. For long pipes, this also meant it could be rested on a table without leaving a burn mark. The hinged lid tended to be favoured after this date as a sliding closure would catch on the spur. 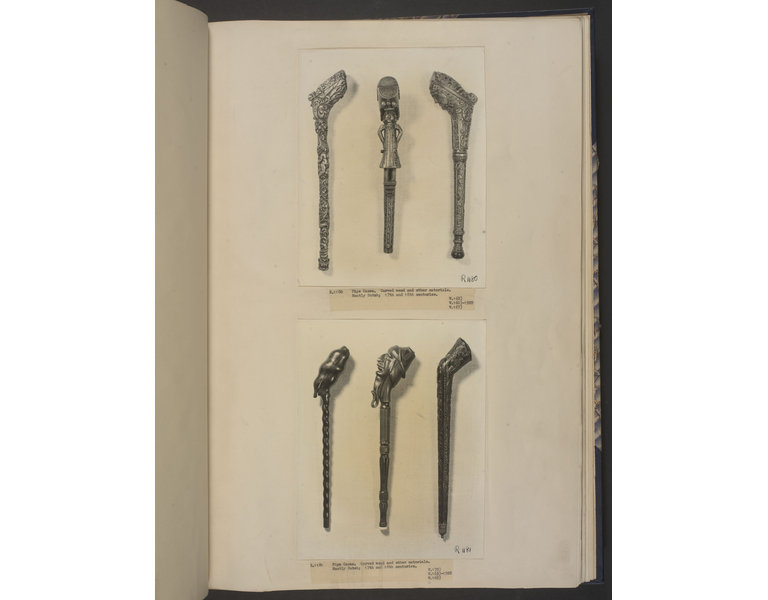