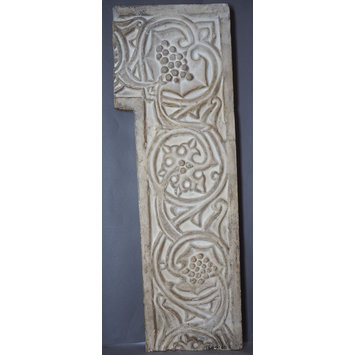 Copy of a border detail

Plaster cast of a border detail with decorative ornament

Victoria and Albert Museum (Copy, made)
Cairo (Original, made)

Plaster cast of a border detail of the great gate of Wikala at Cairo, and was moulded by Sergeant Bullen in the Museum's Art Workroom at the South Kensington Musuem. The original plaster cast belonged to the Cairo house of the French aristocrat, Comte Gaston de St. Maurice. Moulded from the casts Nos. 1026-1884, in the South Kensington Museum, and the original is in Cairo. Saracenic, 15th century. Recorded as on loan to the Royal Scottish Museum on Nom. file 12/12/21. 811G written off: Board of Survey. R.P. 38/2907.

Plaster cast of a border detail from the great gate of the Wikala in Cairo, made in 1884 by Sergeant Bullen for the South Kensington Museum.

Cast of
Border detail of main entrance gate of the Wikala of Sultan Qa’itbay in Cairo, 15th century
Sargent Bullen, (South Kensington Museum), 1884
This is a cast of a cast. Sargent Bullen made it in the Museum’s Art Work Room from a plaster cast that came from the Cairo house of the French aristocrat and collector, Comte Gaston de Saint-Maurice.
The Museum’s advisor on Islamic art, Stanley Lane- Poole, wrote in The Times in October 1883 that casts of Islamic ornament from Cairo were acquired ‘with a view to the introduction of Saracenic designs into the training of art students’.
Plaster cast
London, England
Museum no. Repro.1884C-811 [30.11.18] 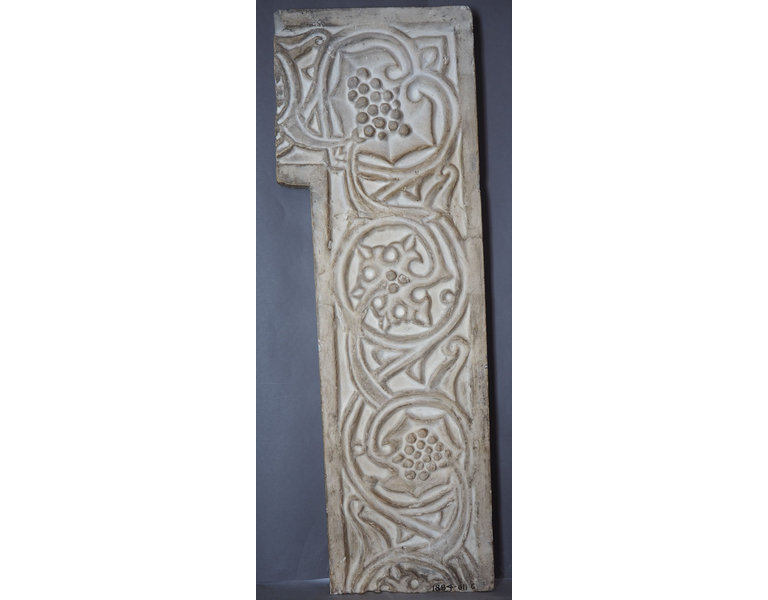