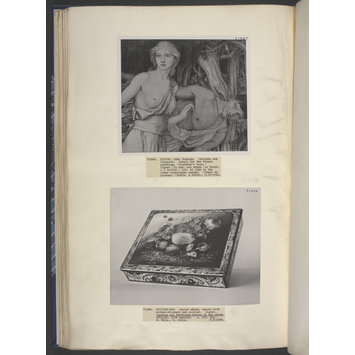 Papier-mâché writing box with decorations of fruit and flowers on the lid, painted and inlaid with mother of pearl. The borders of the lid and the box are decorated with gilt arabesques, picked out in red and blue. The interior is fitted out with compartments covered in white and pink silk. The inside of the lid is lined with pink velvet. There are two ink pots and a glass tray for pens.

Papier-mâché writing box by Jennens & Bettridge, with decorations of fruit and flowers on the lid, painted and inlaid with mother of pearl. English, ca. 1850. 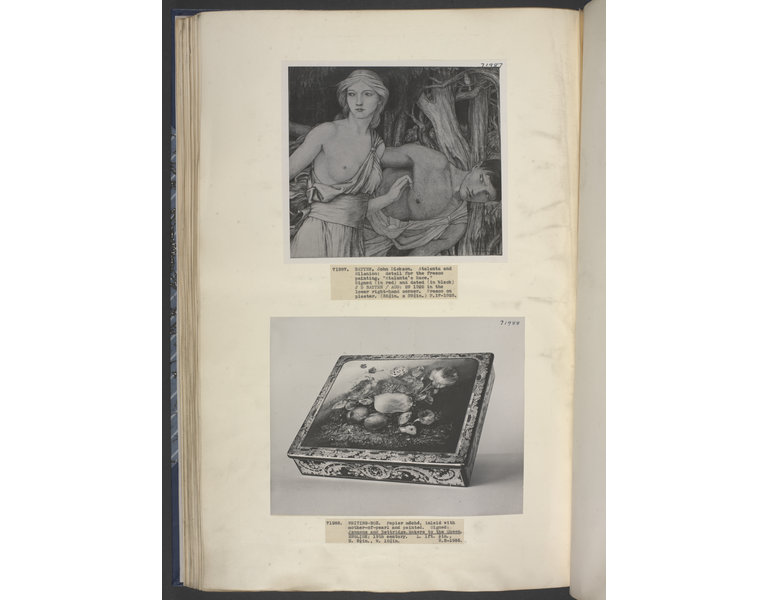