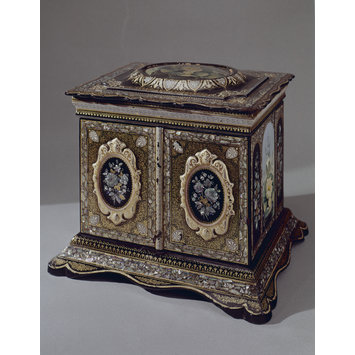 Papier-mâché spirit case, painted and inlaid. It is of rectangular form with a slightly domed lid and scrolled plinth. the sides are hinged and the front panels are attached to the top, which lifts on a quadrant. The decoration consists of painted water lilies, and sprigs of flowers in mother of pearl, arranged in panels. The borders are gilt, painted and inlaid.
Within is a metal stand for decanters and glasses, mounted on a board of rosewood, and below this is a tray of black papier-mache with a mother of pearl handle. 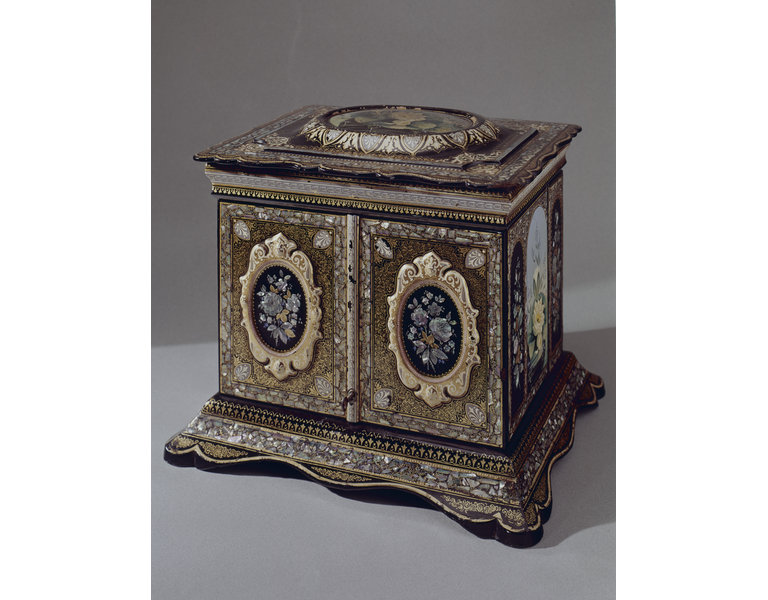