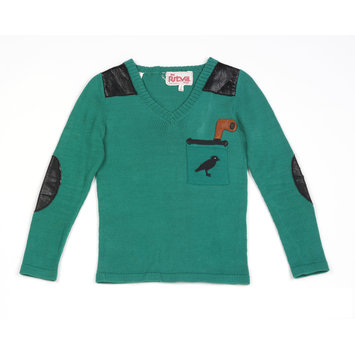 'The Ritva man / made in england'
Label; English; sewn in back neck; printed; silk

'Designed by Patrick / Caulfield in conjunc- / tion with Mike Ross / in a signed, limited / edition of 250' (signature of Patrick Caulfield)
Label; English; sewn to back of neck; Typewritten; cotton

This is one of the second Artist's Collection series sweaters, produced by Ritva in 1972.

Attribution note: Only 250 made 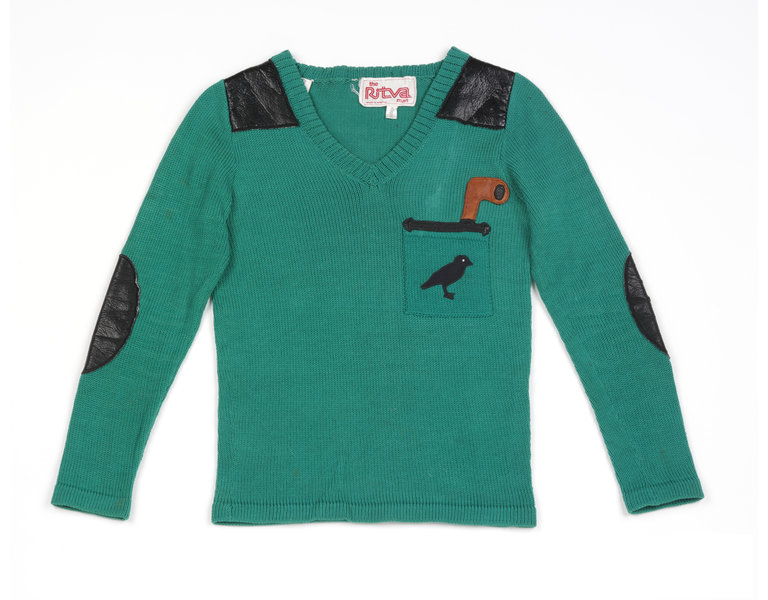