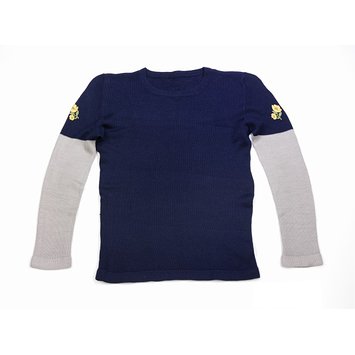 Navy blue long-sleeved, crew neck sweater with lower three-quarters of each sleeve knitted in beige and yellow and green floral applique on each upper arm.

This is a prototype designed by Mike Ross and produced by Ritva for 'Home Run' a baseball sweater for the team, HYPISCO, or Hyde Park International Softball Co-operative Organisation, a team of expatriate and visiting Americans who played softball in Hyde Park every Sunday morning. It features two radical new ideas in men's knitwear: sleeves of a different colour, inspired by the American baseball tradition of wearing a short-sleeved sweater over a long-sleeved one, and applique.

Historical significance: Ritva sweaters were remarkable for their design: sleeves a different colour from the body, the use of appliqué. The style too was original; the body-hugging pullover style, to be worn without a shirt or blouse underneath, was very new. At a time when knitwear meant a grey cardie, Ritva's sweaters were revolutionary. 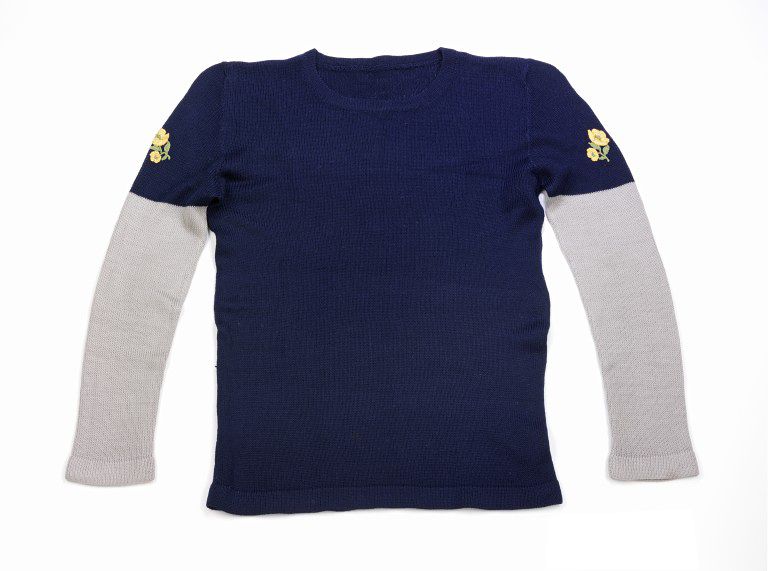