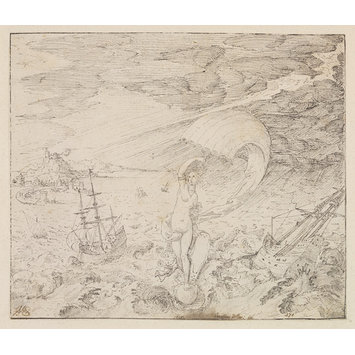 Drawing in pen and black ink of naked female, standing on a large shell, floating on the sea, and propelled by means of a sail which she holds in her right hand, while supporting a shield with the other. A storm is rising, which causes the wreck of several ships; a promontory is in the distance on the left. Inscribed Vencellaus Hollar in : 1625. The sheet has a ruled margin.

At bottom left the collector's mark of William Esdaile ('WE' in pen and brown ink; Lugt 2617).

Previously in the collection of William Esdaile (1758-1837). It was probably sold - as one of a group of 9 drawings by Hollar - in part three of the sale of Esdaile's collection held in June 1840 at Christie's (Lugt Ventes V).

Hollar, Wenceslaus; naked female, standing on a large shell, floating on the sea, a promontory is in the distance on the left; Pen and ink; Inscribed 'Vencellaus Hollar in :' 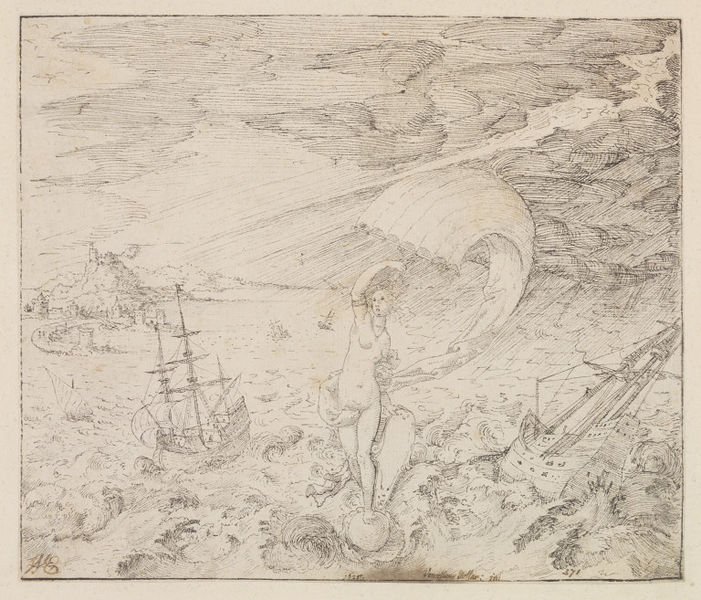