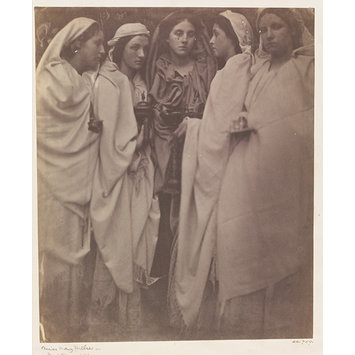 Cameron's harshest critics attacked her for using the supposedly truthful medium of photography to depict imaginary subject matter. Some suggested that at best her photographs could serve as studies for painters. The South Kensington Museum, however, purchased only 'Madonnas' and 'Fancy Subjects', and exhibited them as pictures in their own right.

This photograph along with 'The Five Foolish Virgins' references the biblical parable of the Wise and Foolish Virgins in which ten bridesmaids await the bridegroom, who symbolises Christ. The wise bridesmaids (here with modestly covered heads and lamps in their hands) keep oil in reserve, but the foolish ones (with immodestly flowing hair) let their lamps burn out and miss the celebration. One critic at the time accused the models in both pictures of looking ‘equally foolish’. 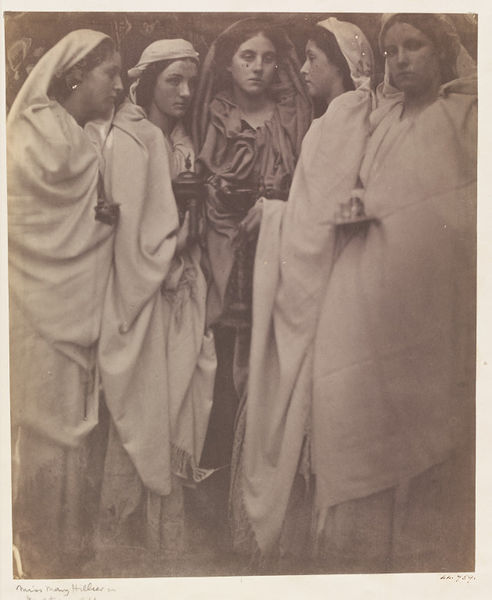