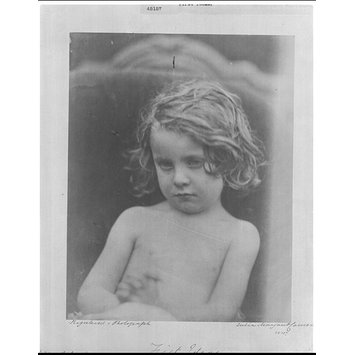 This study of a boy's head anticipates the series of close-up head studies Cameron would later undertake. The sitter is a local child, Freddy Gould, the son of a local fisherman, who modelled frequently for Cameron assumiong roles from literary, dramatic or religious narratives. It reveals how Cameron experimented with dramatic lighting and close-up compositions, features that would become her signature style. 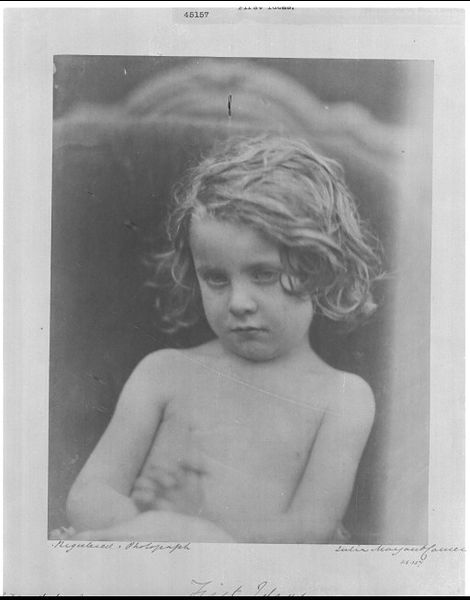