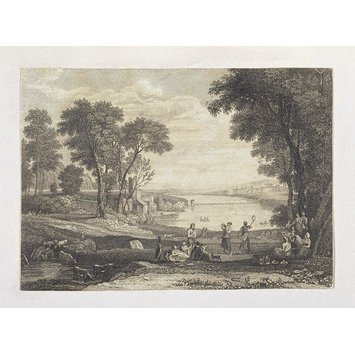 This print shows and arcadian landscape. Figures are shown dancing with tambourines and sat in groups in the foreground of the landscape. Behind them the landscape gently falls downto a lake. The ruins of a church can be seen on the left bank of the lake. Trees frame each side of the composition.

ANONYMOUS, ENGLISH SCHOOL : 19th century (designed and made by)

Structure and contents of the prints and drawings album of A.C. Ionides

Case binding of half maroon leather with paper sides, blind roll tooled across corners and down board edge at joint, three line gold tooling across spine to make five panels into which a centre decoration of lyres has been tooled in gold. The album is double-sided, to accommodate prints from one end and drawings from the other (stamped PRINTS and DRAWINGS in gold on the spine).

The book block comprises eight gatherings of various coloured papers (ivory, grey, pink, brown, green, buff, blue). Originally each gathering appears to have been made up of three sheets of folio quired with added compensation guards. Some leaves have been cut out and in other instances prints or drawings have been tipped to the compensation guards. The book block has been sewn all along on two parchment tapes and its first and last leaves have been adhered to the case as the pastedown.

Many of the prints in the album have been trimmed. Unless stated as plate sizes, paper sizes are given. 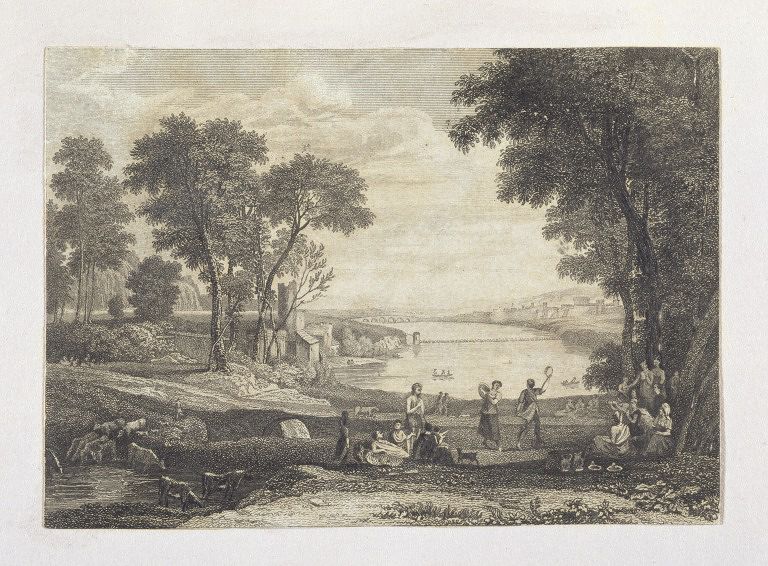