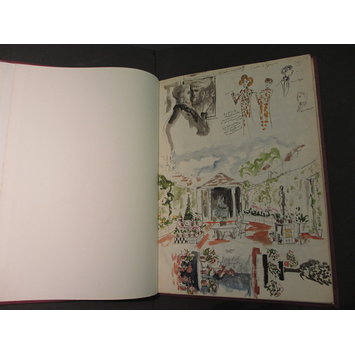 A sketchbook containing 72 pages, 1 of 20 sketchbooks of work by Jullian including designs for illustrations, book jackets and posters, records of events and of his travels, portraits of his friends, pastiche designs and caricatures.

France (as some of the sketches were made whilst the artist was travelling abroad they may have been made in various locations, made)

Sketchbook of drawings by Philippe Jullian, '1962', 1 of 20 including designs for illustrations, book jackets and posters, records of events and of his travels, portraits of his friends, pastiche designs and caricatures, pen and ink and wash, pencil and watercolour on paper, France, 1962

Victoria and Albert Museum Department of Prints, Drawings and Paintings Accession Register for 1990
The following is an excerpt from Philip Core, 'Camp: The Lie that Tells the Truth' (1984):

"Philippe Jullian (1919-1977), born to the intellectual family of Bordeaux Protestants which produced the well-known French historian, Camille Jullian, was a last and lasting example of pre-war camp. His career began as an artist in Paris with a reputation for drag-acts parodying English spinsters. Snobbery, a talent for sensitive daydreaming, and a consuming passion for antiques, obscure art and social history, made a very different figure out of the thin and dreamy young man. Jullian suffered terribly during the Second World War; he managed to survive by visiting some disapproving cousins dressed as a maiden aunt, whom they were happy to feed. However, he made a mark in the world of Violet Trefusis, Natalie Barney and Vita Sackville-West by illustrating their books with his wiry and delicate doodles; this led to a social connection in England, where he produced many book jackets and covers for Vogue throughout the 1950s. Elegant in the austerely tweedy way the French imagine to be English, Jullian exploited his very considerable talents as a writer, producing a series of camp novels throughout the 1950s (Scraps, Milord) which deal frankly but amusingly with the vicissitudes of handsome young men and face-lifted ladies, grey-haired antique dealers and criminals. One of the first to reconsider Symbolist painting, Jullian reached an enormous public in the 1960s with his gorgeous book, Dreamers of Decadence – where an encyclopaedic knowledge of the genre and its accompanying literature helped to create the boom in fin de siècle revivalism among dealers and museums. Although Philippe Jullian’s suicide in 1977 was a bitter blow to his many friends, there was a camp element to his death which only he could have managed. In his autobiography, La Brocante, he not only announced that he would take his own life, but hoped his ashes would be auctioned, in a celadon pot from his motley but fascinating collection of bric-a-brac, to unsuspecting buyers at the Hôtel Drouot Paris’s great auction room."

As a gay man, his work regularly explored the themes of homoeroticism alongside sado-masochism and transvestism. He collaborated with Angus Wilson, and also wrote biographies on Edward VII (1962), Oscar Wilde (1967), Gabriele D’Annunzio (1971), Jean Lorrain (1974), Violet Trefusis (1976), and Sarah Bernhardt (1977). 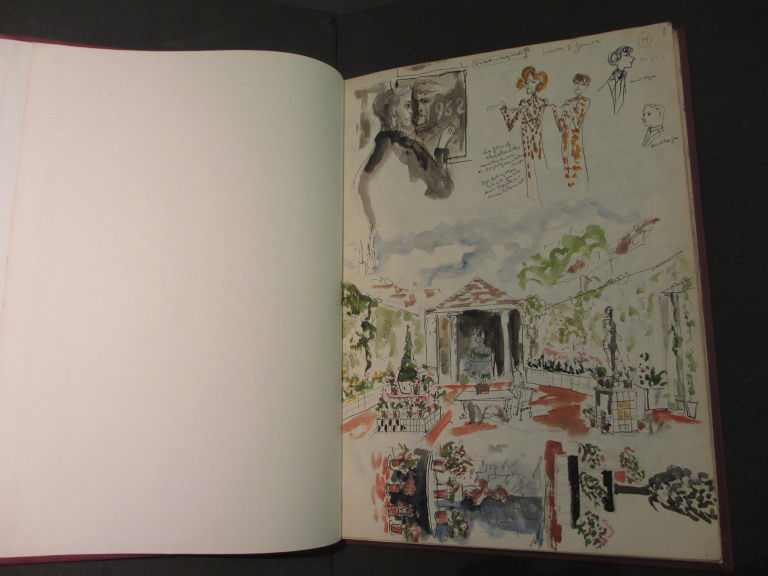