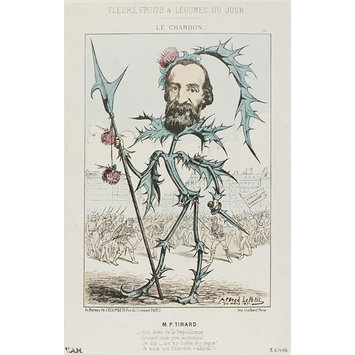 Print in which Pierre Tirard is depicted as having the body of a thistle. He is holding a staff-weapon while a crowd of armed men gather behind him. Print from a set of caricatures, broadsheets and illustrations in ten volumes. Each volume is half-bound in red leather, gold tooled and stamped with imperial emblems, title etc.

'Le Chardon'. Satirical illustration by Alfred le Petit in which Pierre Tirard is depicted as having the body of a thistle. Hand-coloured lithograph, France, 1871.

Pierre Tirard, Mayor of the second arrondissement, a business district, was one of the few conservative Mayors on whom Thiers could rely. He was elected to the Commune but resigned, along with several others, during the chaotic first sitting when he found that it was debating issues beyond the control of a legal municipal council. 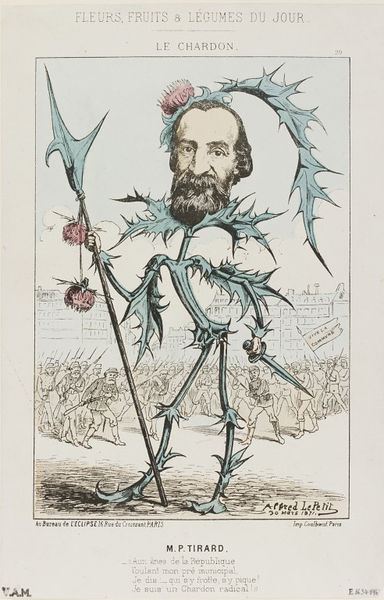