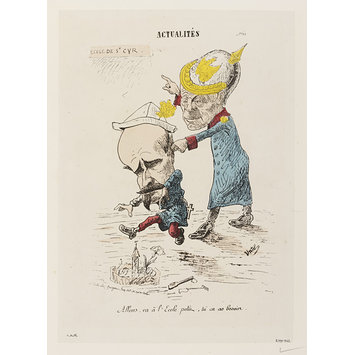 Satirical print depicting Moltke, the Prussian Chief of Staff, in Prussian military attire, flinging General Trochu into the 'Ecole de St Cyr'. In the lower left of the scene is the model of a town. Print from a set of caricatures, broadsheets and illustrations in ten volumes. Each volume is half-bound in red leather, gold tooled and stamped with imperial emblems, title etc.

General Trochu's immediate reaction, when the bombardment of Paris began, was to pray for a miracle. His emotional proclamation announcing that he had prayed to Sainte Geneviève, the Patron Saint of Paris, to come to their rescue as she had when the Huns were at the gates of Paris 14 centuries earlier, was quashed by the less devout members of the cabinet. He declared instead 'The Governor of Paris will not capitulate'. Here, Moltke, the able Prussian Chief of Staff, flings him back into a famous French military academy. 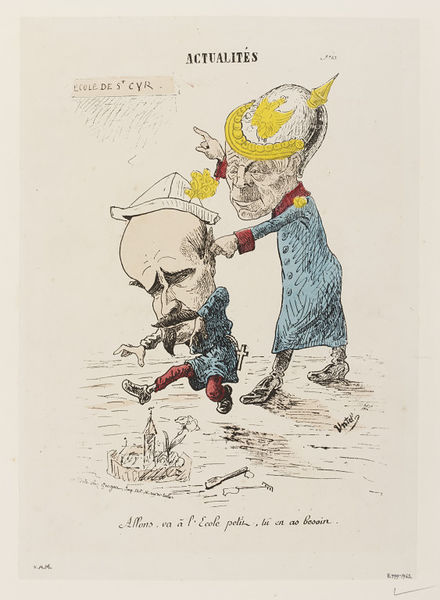