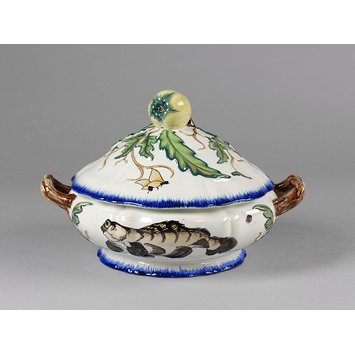 Earthenware, transfer-printed and painted in enamels

This model was shown in the Universal Exhibition, Paris, 1867. The motifs were taken from Japanese prints including the Mangwa of the artist, Hokusai.

Tureen and cover, part of the 'Rousseau' service, earthenware transfer-printed and painted in enamels; designed by Felix Braquemond, made for François-Eugène Rousseau, by Lebeuf Milliet et Cie., Creil, France, 1866-67

'9
Part of a Dinner Service Painted with Animals in Japanese Style
About 1866
Shown at the International Exhibition,
Paris, 1867

This service, one of the first to be inspired by Japenese design, was highly influential in both France and England. Bracquemond took the images from published drawings by Japanese artist Katsushika Hokusai (1760-1849). In England, Minton & Co. Produced closely related designs.

This service was exhibited at the Universal Exhibition held in Paris in 1867, with other early examples of the French interest in the Japanese. The designs were commissioned by Eugène Rousseau from Félix-Joseph-Auguste Bracquemond who took the drawings directly from the Mangwa of Hokusai. The service was extremely influential both in France and also in England, notably on W.S. Coleman who produced closely related designs for the Minton porcelain factory. 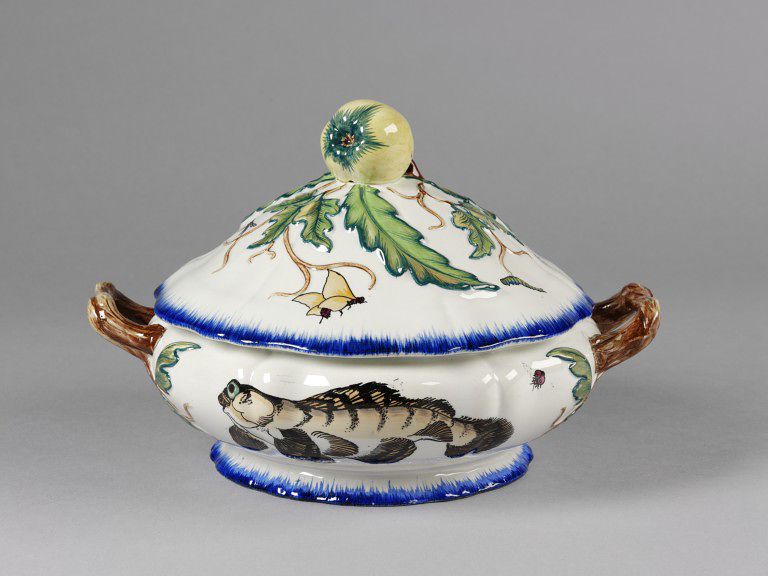