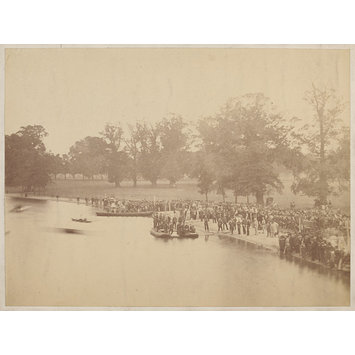 A mounted sepia-coloured photograph of a group of soldiers in a body of water in uniform testing a raft held afloat by inflated pontoons. A large crowd watches along the shoreline. 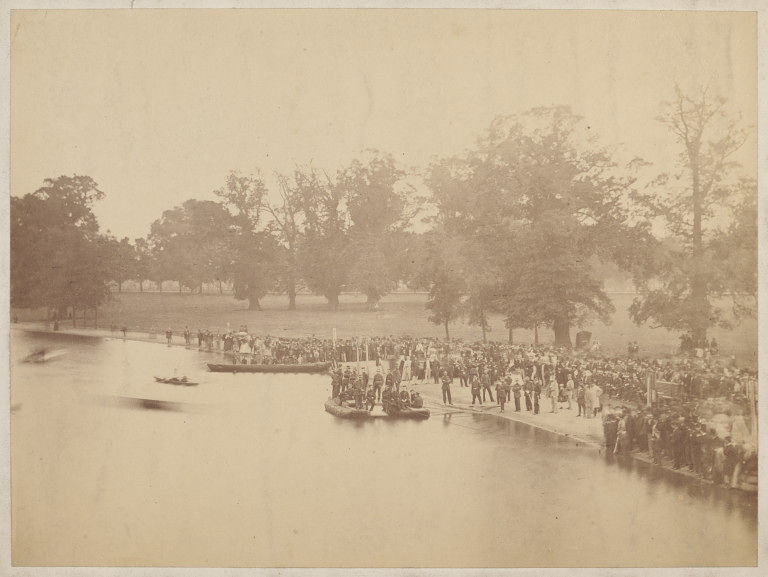