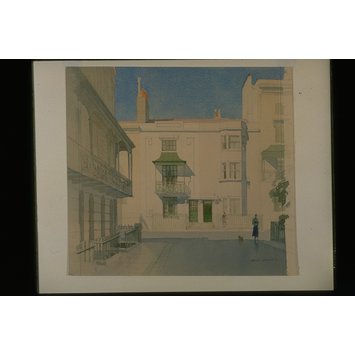 Sunbathed view of Regency terraces capturing the spirit of the elegant seaside resort. A lady and her dog are shown. 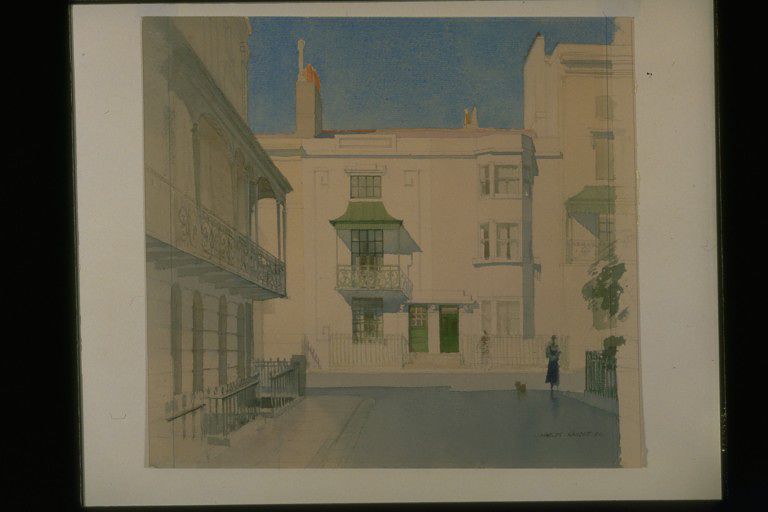