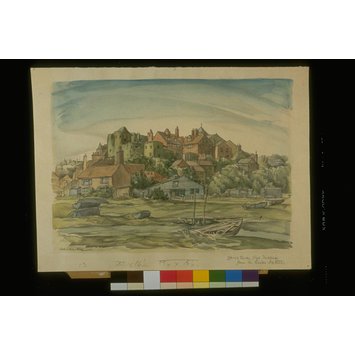 A view of the town of Rye across a marshland littered with boats. A jumble of red-roofed houses surround the fortified Ypres Tower. 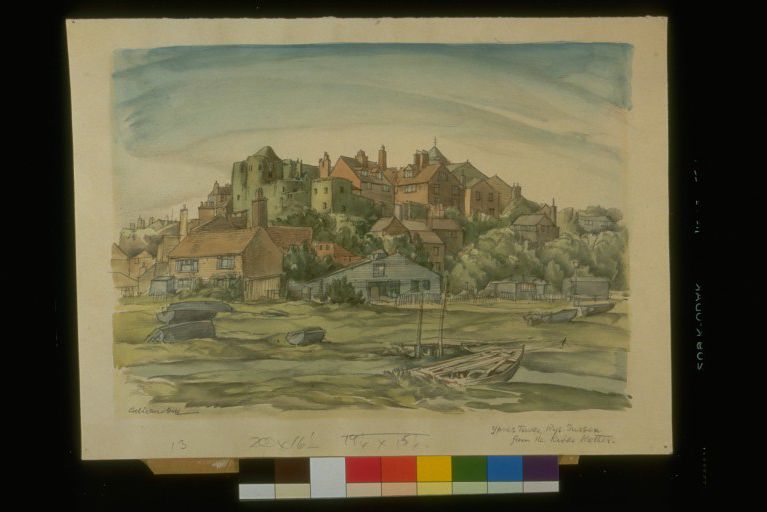