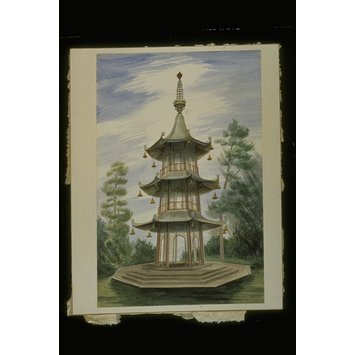 A replica of the To-ho pagoda in Canton is shown as situated on the estate of Alton Towers, with trees and shrubbery in the background. 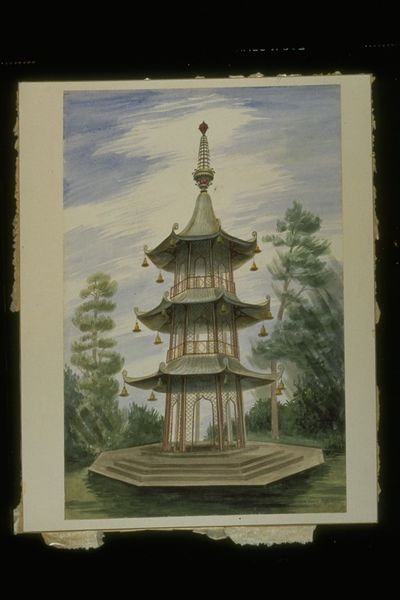