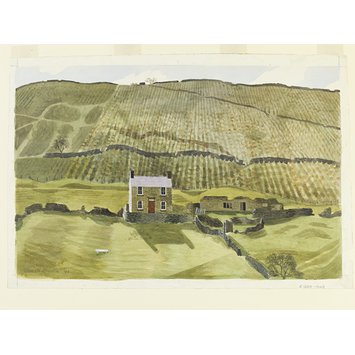 Watercolour painting; signed and dated. In this seemingly idyllic agricultural landscape, there are in fact signs of change and decay. Though the house itself, set against the bank of freshly ploughed fields, is neat and well kept, the outhouse is roofless and the dry-stone walls crumbling. The clue to the decline can be found in the white board in the field in the foreground: this marked the perimeter of the new reservoir to be created. 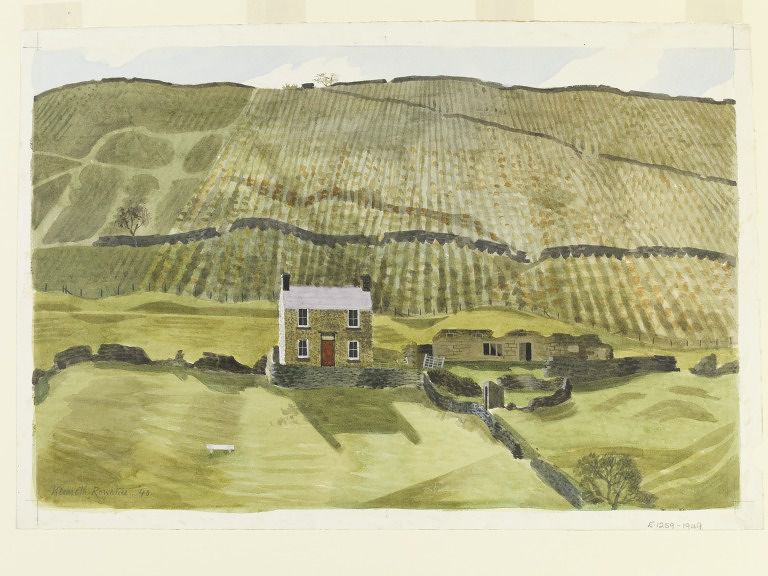