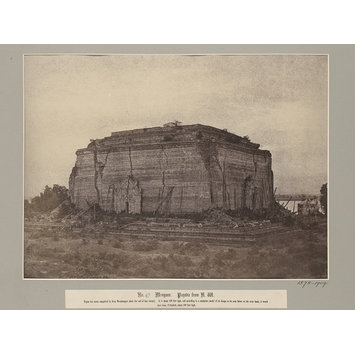 This large brick pagoda was begun during the reign of King Bodawpaya in about 1790, but remained incomplete after his death in 1819. The brick base of the lower terrace is 36 metres high, one-third the size of the intended structure. In 1838 an earthquake struck the building leaving cracks and reducing sections to rubble.

This image shows the large square pagoda with huge cracks in the brick work running from the top of the building to the bottom.

This photograph was one of a series from 'Burma Views' which was presented to the V&A in July 1909 by Lady Ida Low, wife of Malcolm Low, Esq., of the Bengal Civil Service and daughter-in-law of General Sri John Low. As a member of the Council of India in 1857, Sir John Low received the Burma Views (1857) set on 15th April 1857.
See Registry files for papers on acceptance of gift.
See Dewan p.291 for listings of other copies of the same photograph elsewhere.

This large brick pagoda was begun during the reign of King Bodawpaya but remained incomplete after his death in 1819. The brick base of the lower terrace is 36 metres high, one-third the size of the intended structure. In 1838 an earthquake reduced sections to rubble. [59 words] 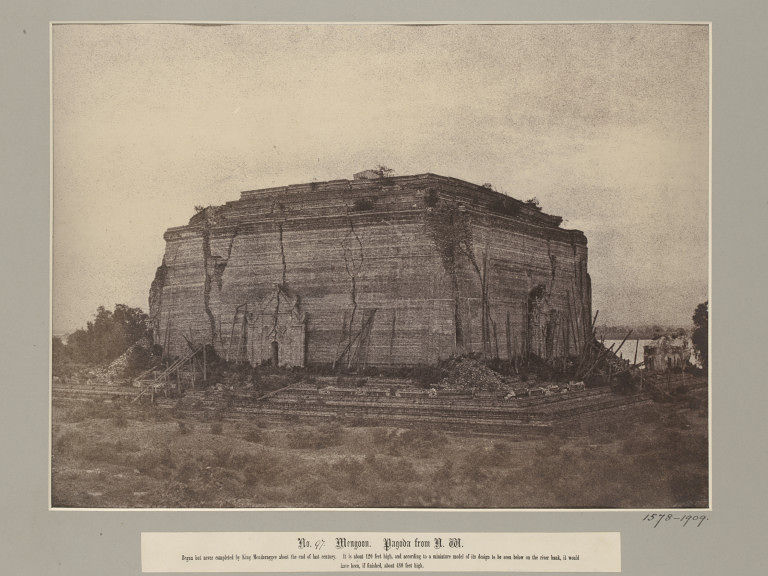