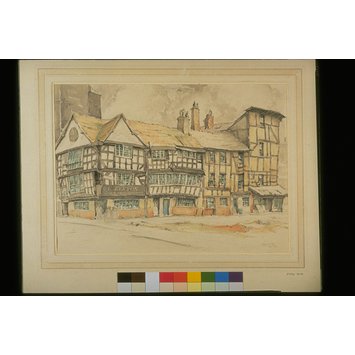 A portrait of the Old Shambles, the last surviving fragment of medieval Manchester. A top-heavy row of timber-framed houses which has the air of an exaggerated caricature due to the bulging walls and buckled window frames. 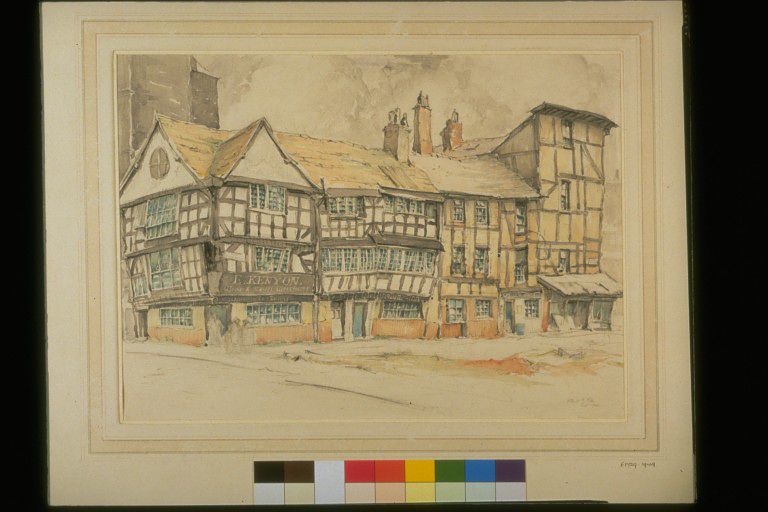