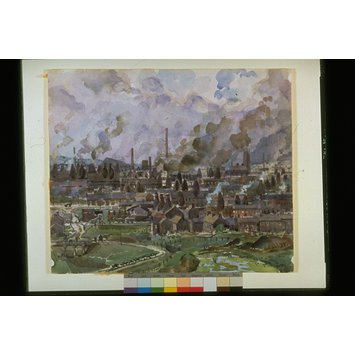 This industrial landscape, grim though it is, has a certain nostalgic charm, for the distinctive ovens and chimneys shown have now largely disappeared. This panoramic view shows the pervasiveness of the industry: the houses dwarfed by the factories and a church on the horizon almost indistinguishable from the chimneys in a sky obscured by smoke. 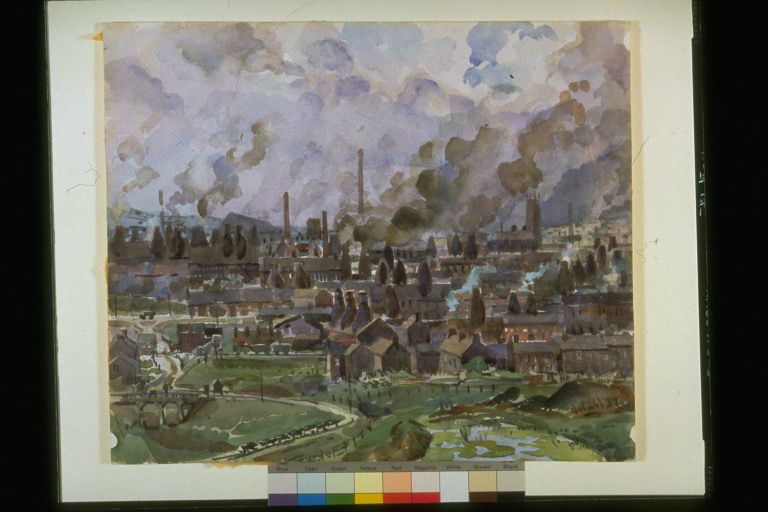