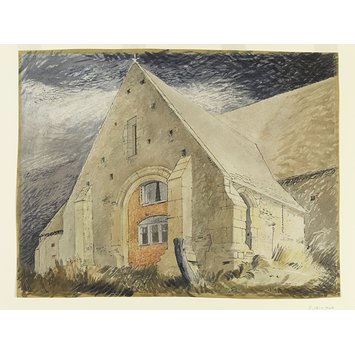 Watercolour. A dramatic, almost theatrical image of the Cotswold stone tithe barn in Great Coxwell, the artificially low viewpoint adds to our sense of the barn's imposing bulk and emphasises its church-like form. 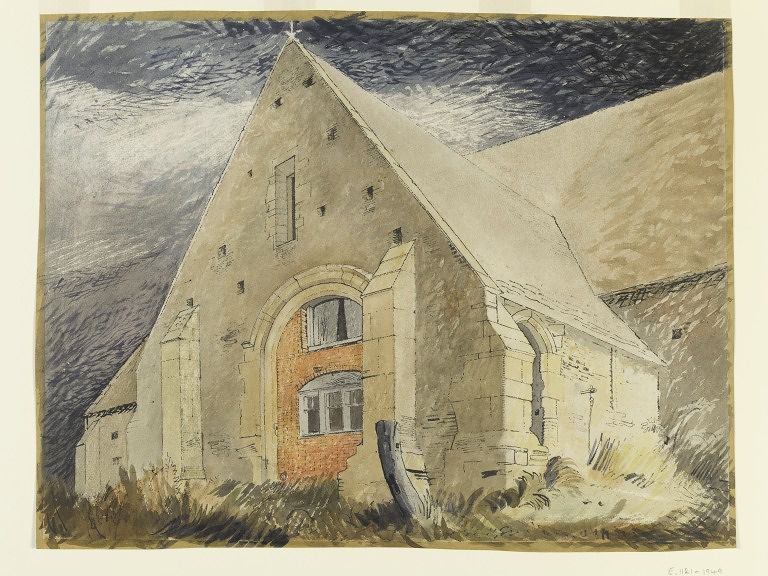