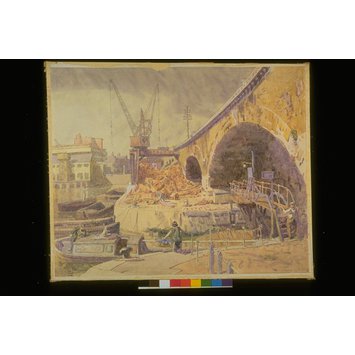 This image shows the point where the Regent's Canal passes under the Commercial Road bridge into the dock basin. The secondary subject is signalled by the heap of rusty pinkish metal at the centre of the picture. This is the site of a scrap iron business, much in demand during the war years. 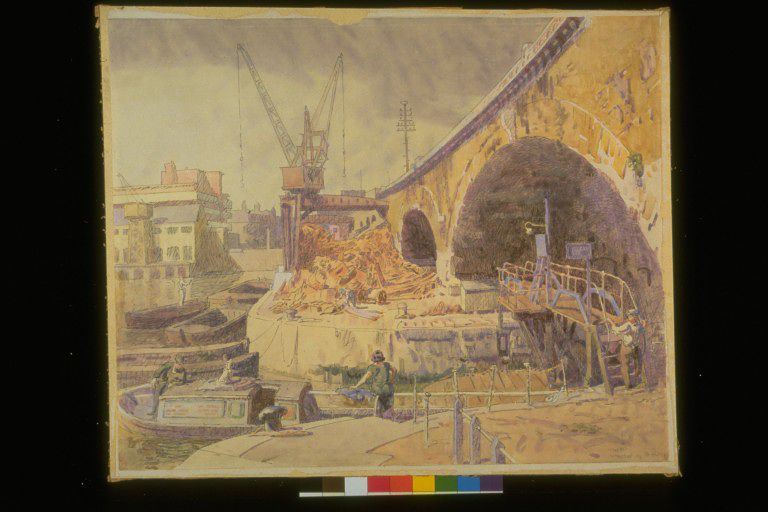