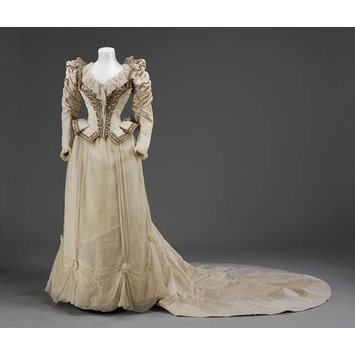 A photograph of Cara in her wedding dress shows that a ruffle of antique lace was originally attached to the bottom of the chiffon overskirt, following the line of the swagged drapery. The wrists and neckline of the bodice may also have had additional lace trimming, although it is difficult to tell for certain. This lace was later removed, perhaps because it was a heirloom.

As Urban H. Broughton died before he could be elevated to a peerage, his and Cara's eldest son Urban H.R. Broughton (1896-1966) became 1st Baron Fairhaven of Lode on 20 March 1929, while Cara became 1st Lady Fairhaven. This barony became extinct on Urban H.R.Broughton's death, but a later barony, Baron Fairhaven of Anglesey Abbey, co. Cambridge, was granted to him in 1961, with a remainder to his brother, Henry (1900-1973), to enable this title to continue after his death without male heirs.

This forms part of a large donation of late 19th and early 20th century garments and accessories (with a few historical textiles) donated to the Museum in 1972 by Cara's grandson and Henry's son, Major Ailwyn Broughton and his wife, a year before Ailwyn became Lord Fairhaven following his father's death. 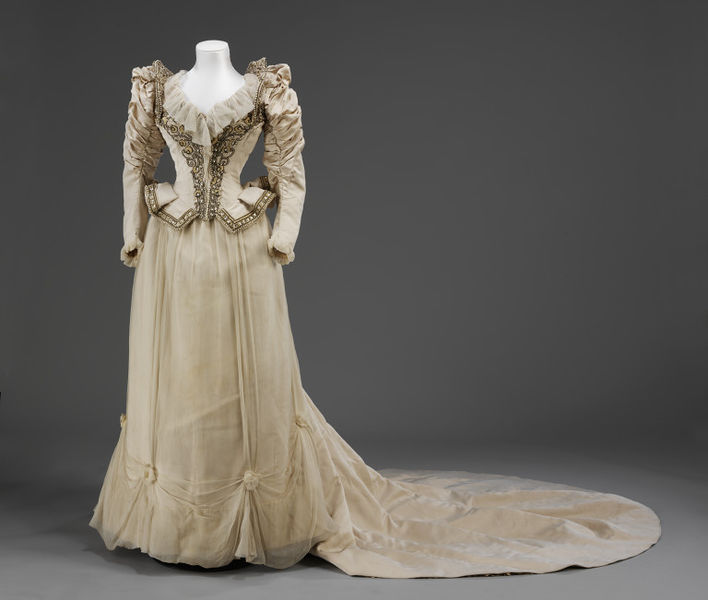