Photograph of an elderly man (John Frederick William Herschel) from the shoulders up. He has unruly white hair and his gaze is directed at the camera. 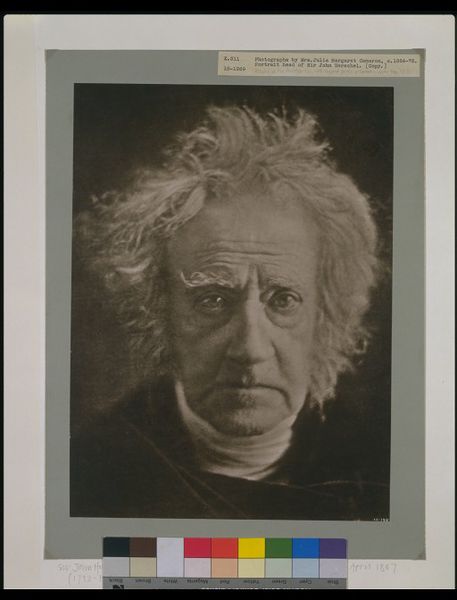