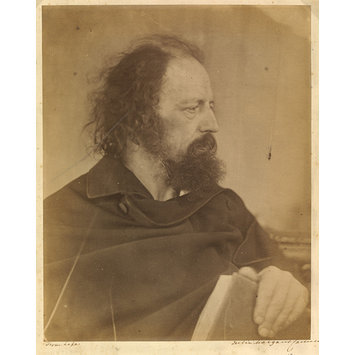 When Cameron photographed her intellectual heroes, such as Tennyson, her aim was to record ‘the greatness of the inner as well as the features of the outer man’. Another motive was to earn money from prints, since her family’s finances were precarious. Within her first year as a photographer she began exhibiting and selling through the London gallery Colnaghi’s. She used autographs to increase the value of some portraits.

Tennyson dubbed this portrait the ‘Dirty Monk’. He said he preferred it to any other photograph of himself, except one by Mayall, a well-established studio photographer. Cameron was insulted by the comparison and likened it to comparing an ‘ideal heroic bust’ to a waxwork from Madame Tussaud’s.

A photograph of a bearded man (Alfred Tennyson) shown in 3/4 view, in a dark cloak, holding a book in his left hand.

Tennyson dubbed this portrait the ‘Dirty Monk’. He said he preferred it to any other photograph of himself, except one by Mayall, a well-established studio photographer. Cameron was insulted by the comparison and likened it to comparing an ‘ideal heroic bust’ to a waxwork from Madame Tussaud’s.

Tennyson dubbed this portrait the ‘Dirty Monk’. He said he preferred it to any other photograph of himself except one by Mayall, a well-established studio photographer. Cameron called the comparison ‘too comical’ and likened it to comparing a waxwork from Madame Tussaud’s with an ‘ideal heroic bust’ by the sculptor Thomas Woolner. 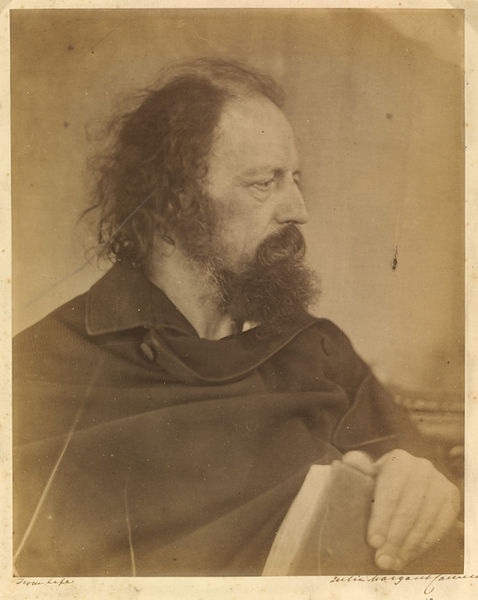