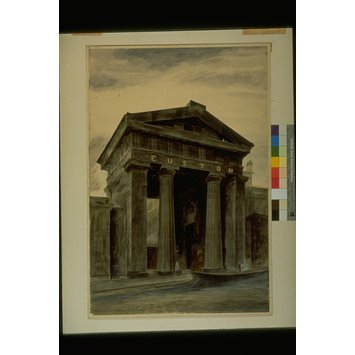 In the picture of what was popularly known as "Euston Arch" there is an immediate sense of scale with the massive, sombre arch dwarfing the figurer beneath. Originally pale sandstone, it had blackened by the time of the painting, and spiked gates disrupting the arch's harmonic proportions were erected. 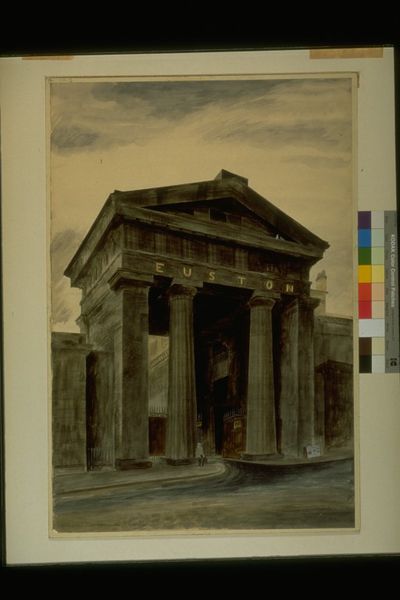