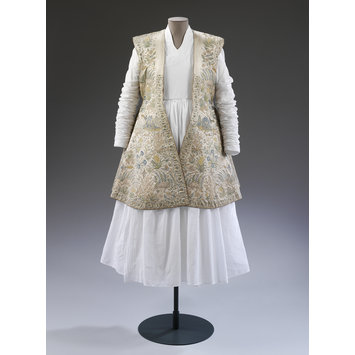 This splendid coat was made for a man at the Mughal court in the first half of the 17th century. It is embroidered in fine chain stitch on a white satin ground, with images of flowers, trees, peacocks, lions and deer. The area around the neck is left free of embroidery, as a separate collar or tippet, probably of fur, would have been attached. Chain-stitch embroidery of this type is associated with professional, male embroiderers of the Gujarati Mochi community, and they were employed to embroider fine hangings and garments for the Mughal court, as well as for export to the West.

Stitching of the kind used here was particularly associated with Gujarati craftsmen. The style of the coat and the cool palette of the colours of the design suggest Iranian influence.

This 17th-century man's coat is one of the finest surviving examples of Mughal dress. It was stitched by professional male embroiderers from Gujarat, using a needle and hook (ari). The cosmopolitan court drew its influences from across Europe and Asia. The landscape derives from Chinese imports. The life-like daffodils and poppies are taken from European prints brought to the Mughal court by missionaries and traders. 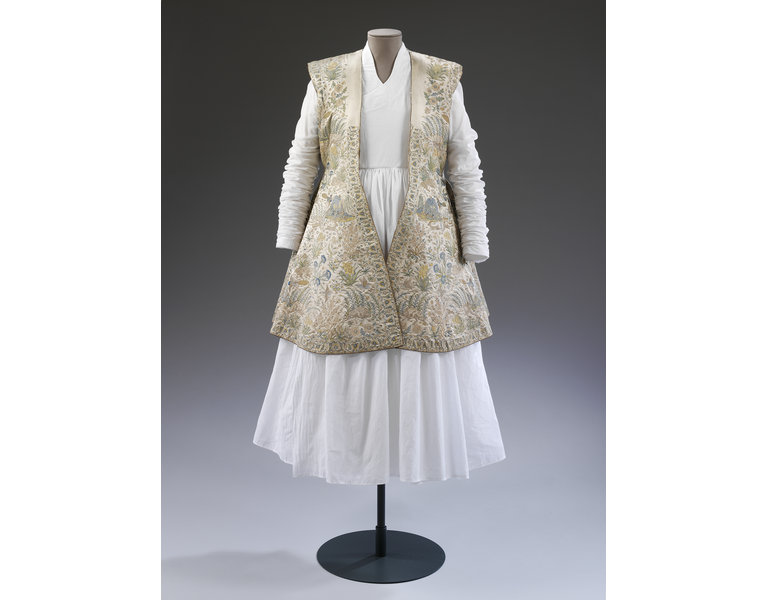