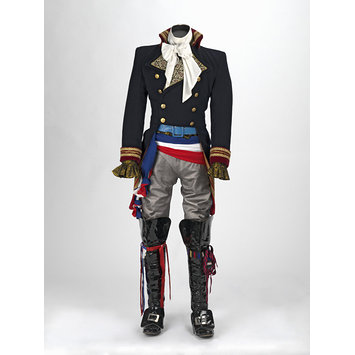 While attending Hornsey College of Art on a graphic design course Adam Ant (born Stuart Leslie Goddard) joined ‘50s influenced pub band Bazooka Joe as bass player. The band headlined the first concert played by the Sex Pistols and this new raw sound appealed to Adam Ant. He afterwards formed the band Adam and the Ants which failed to win favour with the British music press, despite that they toured the UK extensively. Around this time Adam appeared in Derek Jarman’s film Jubilee and caught the acting bug.

Adam and the band asked Malcolm McLaren to manage them, which soon led to the separation of Adam and the band. With a change of line up, the Ants returned with a new sound and look and became one of the most successful British acts of the early 1980s. After a string of hits, Adam dissolved the band and continued with a solo music career, interspersed with acting rolls on TV, film, and stage. Adam then started touring his new music, followed by a world tour showcasing his hit albums.

This multi-part costume was worn in 1981 by Adam Ant for the publicity photographs and promotional video for the single, Prince Charming, and later on tour. There are two shirts, two pairs of breeches, two wigs and two scarfs, not identical but in similar styles, all worn in different combinations on tour. The gold and black striped shirt (S.140A-1983) and the dark silver leather breeches (S.140C-1983) were worn for the publicity photographs and in the video.

Adam Ant was the idiosyncratic front man of the British New Wave band Adam and the Ants. He spearheaded its artistic direction and designed all his own costumes. Now iconic, these costumes are indebted to historical, military and tribal dress. The one worn in the video for the 'Prince Charming' single is perhaps the most widely known of all. [60 words] 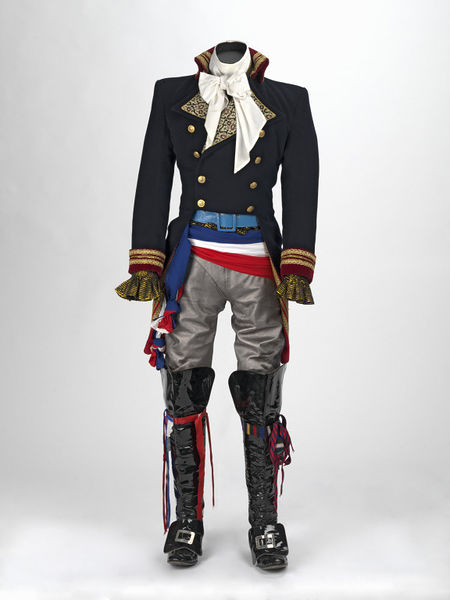