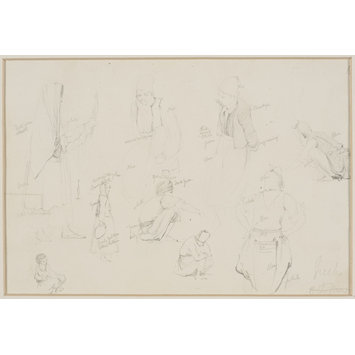 Pencil drawing on paper. 9 figures; botanical study on the reverse

arbutus / general form is found similar to a currant bush
Annotation in pencil, to botanical sketch on reverse

Greeks of the Morea
Lettered in pencil by Sir Thomas Phillips 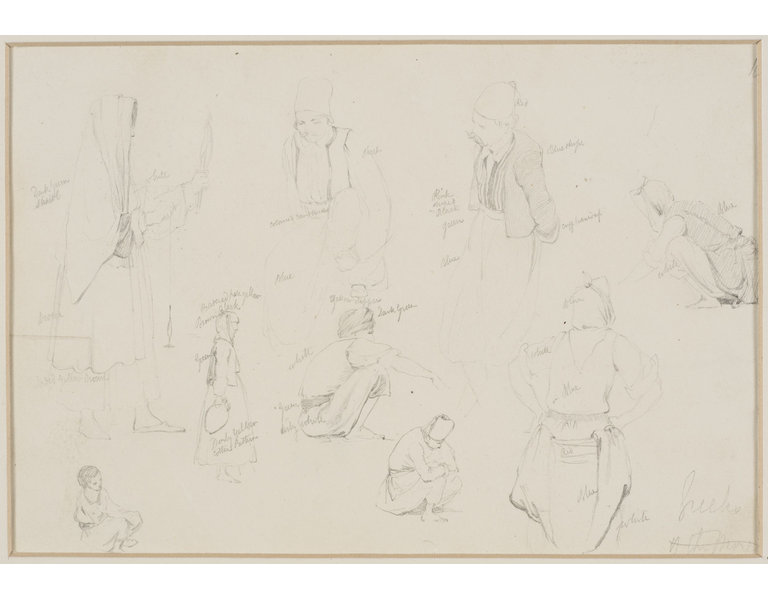