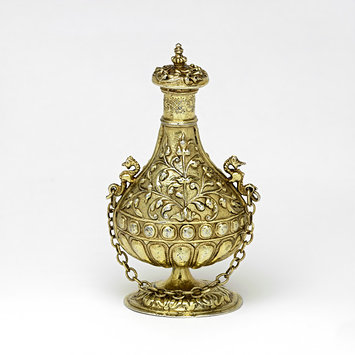 This bottle, with its characteristic flagon shape, was used to hold and sprinkle rose water or other scented essence. Such objects were highly fashionable but never particularly common. Now there are only four known surviving examples of pear-shaped casting bottles, of which this is the least altered or damaged. The decoration of the piece is indicative of an early Renaissance style, which went out of fashion around the middle of the 16th century.

A pear-shaped bottle of oval section embossed with two sprays of foliage above a row of bosses and lobed bottom, with a chain attached on each side by dragon loops. The body surmounts an extremely waisted neck and flaring foot which has been chased with foliate decoration on a punched matted ground. Between two ribs on the neck, chased trellis- and scrollwork, make a visual break between the deeply chased body and the equally chased domed screw-on cover with baluster finial.

Sterling standard
On the foot

Indistinct maker's mark
On the foot 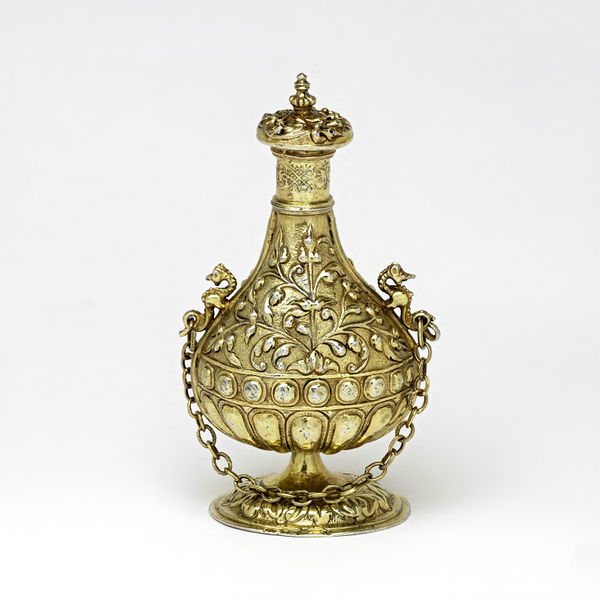