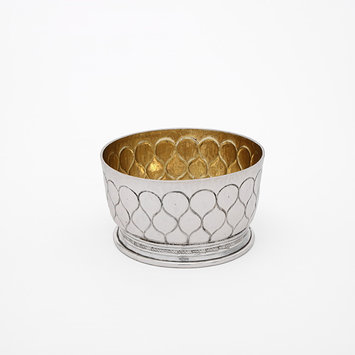 This late medieval beaker is a very rare survival: many precious metal objects of this period were later melted down to create more fashionable items. Its form imitates earlier German drinking glasses. Its proportions appear to be unique in silver, suggesting it may have been converted from a font-shaped cup, though it shows no physical evidence of alteration. The almost complete destruction of domestic plate from the early 16th century makes such conjectures mere speculation, and it is quite possible that this is a solitary survival of a once common form.

A shallow circular bowl with gilt interior and slightly spreading sides, flat chased with a broad band consisting of three tiers on imbricated lobes and standing on a circular moulded foot. 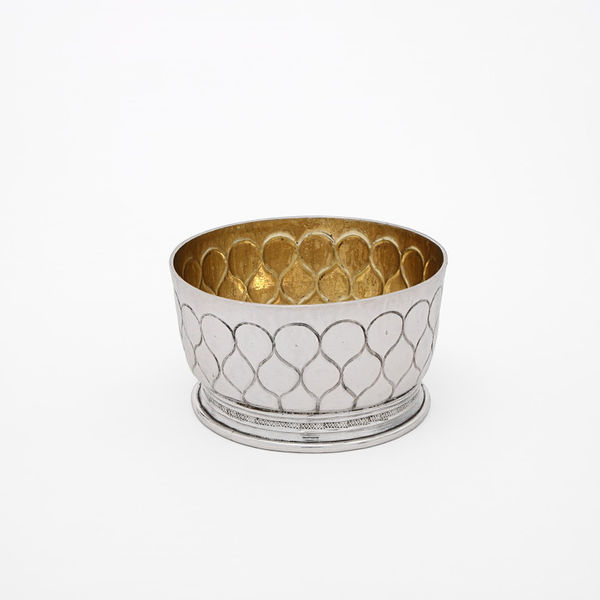