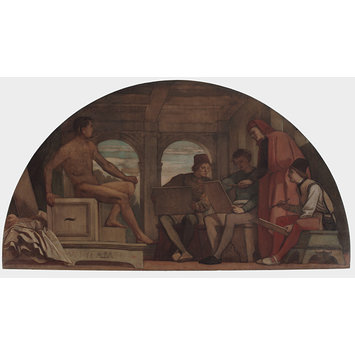 'W. YEAMES'
Signed by the artist in bottom left corner

Drawing from Life was commissioned in 1868 to decorate one of eighteen lunette-shaped recesses in the upper portion of rooms 100 and 101 (at that time the National Competition Gallery). The lunettes were removed just before the Second World War and placed in store.

William Frederick Yeames (1835-1918) was a founder member of the St John's Wood Clique. Like other members of the group he specialised in historical genre painting, particularly of the Elizabethan and Cromwellian periods. His best-known work, exhibited at the Royal Academy in 1878, is the Cromwellian scene And When Did You Last See Your Father? (Walker Art Gallery, Liverpool). Yeames was an examiner for the South Kensington Design Schools, and in addition to being asked to contribute to the decoration of the National Competition Gallery at the South Kensington Museum, he also designed two mosaics for the Kensington Valhalla, one representing the sculptor Pietro Torrigiani (1866), the other Hans Holbein (1867). Yeames was elected an associate of the Royal Academy in 1866 and Royal Academician in 1878. 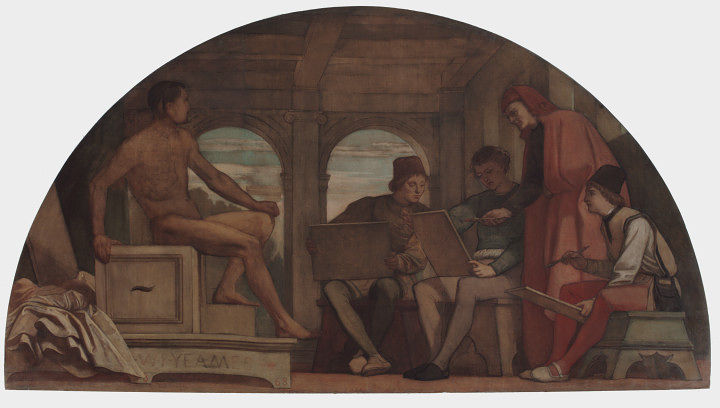