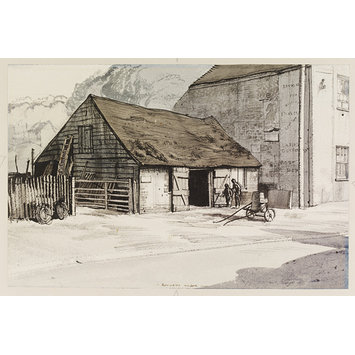 Charcoal and blue and sepia wash drawing on paper 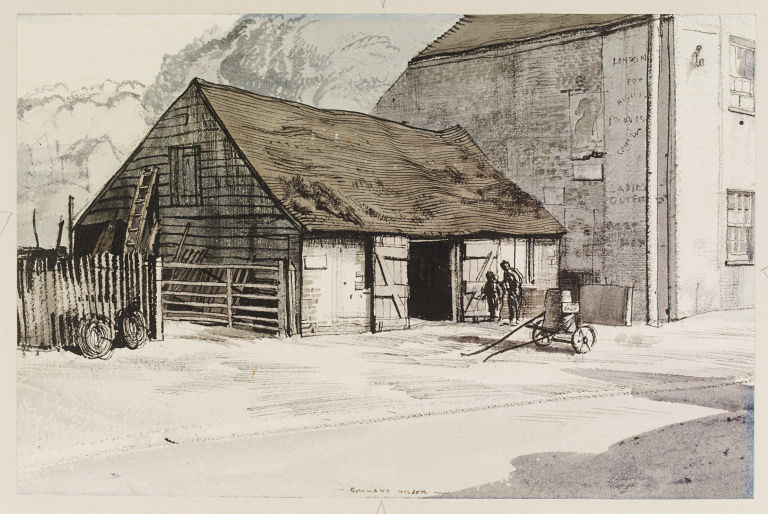