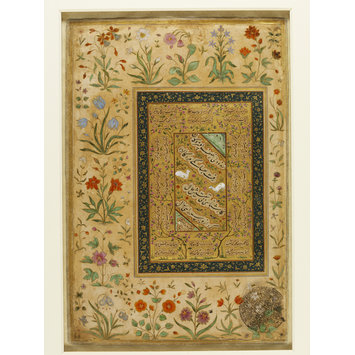 Calligraphy by great Iranian masters was collected by the elite of the Mughal court in the 16th and 17th centuries. Examples such as this, identified by E. Dennison Ross as verses from Sa'di's Bustan copied and signed by Sultan 'Ali al-Mashhadi, were illuminated by Mughal artists and then incorporated into royal albums. The illumination was probably done in the 1620s for Jahangir, and floral borders were added later when the page was remounted for incorporation into an album for his son and successor, Shah Jahan (1628-1658).
An impression from an authentic seal of the emperor Jahangir dated regnal year 6 [=1612] has been added to the page, probably in the 18th century. It also appears on several pages in the V&A done after 1612, in the 17th and 18th centuries.

Painting, ink, opaque watercolour and gold on paper. This page from an album is composed of a calligraphic panel by Sultan 'Ali al-Mashhadi, with an illuminated ground added by a Mughal court artist, mounted on a page for an album with floral borders.

first half 17th century (made) 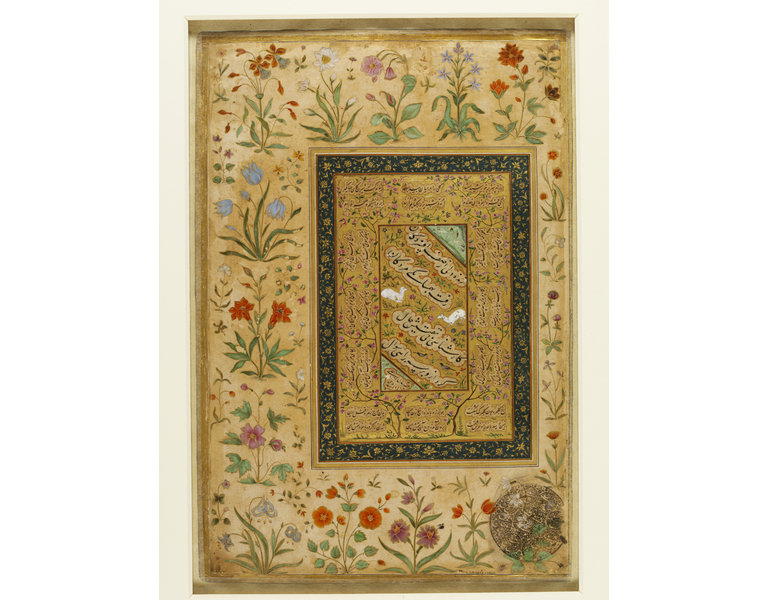