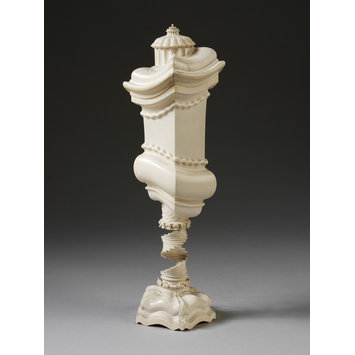 This is a set of an ivory cup and cover made by Gran Principe Ferdinando de' Medici of Tuscany (1663-1713) in 1681. This cup and cover is in pentagonal shape with eccentric turned mouldings. The stem is an open spiral coil. Inside the cup is the inscription; 'Princeps F. MDCLXXXI'. It was turned by the Medici Prince (the son of Grand Duke Cosimo III) under the tutelage of Philip Senger(Filippo Sengher; active in Florence 1675-1704), who was the court-turner of ivory for the Medici Court in Florence. A turned ivory box and lid in the Museo degli Argenti, Florence, similarly signed and dated 1678 testifies to the Prince's early proficiency in his hobby.
This piece is an example of the 'extraordinary passion for the lathe turning' in princely households, the product of a 'princeps artifex' (MacGregor 2007, p. 43).

Ivory, of pentagonal shape with eccentric turned mouldings; the stem is an open spiral coil. Inscription. The main body of the cup is composed of three pieces of ivory fitted together. The lid comprises two main pieces, as well as a knop surmounting the whole.

'Princeps F. MDCLXXXI'
inside the cup

Cup and cover, ivory, by Prince Ferdinand de'Medici of Tuscany, under the tutelage of Filippo Sengher, Italian (Tuscany), ca. 1681

The inscription inside the cup (Princeps F. MDCLXXXI) shows that it was made by the Medici prince, the son of Grand Duke Cosimo III de’ Medici. He was taught in the art of turning by the court turner of ivory, Philip Senger (active in Florence 1675-1704; an example of his work can be seen in the adjacent gallery). This art was practised by noble gentlemen and another example signed by the prince (dated 1678) shows that he became good at turning while still young. 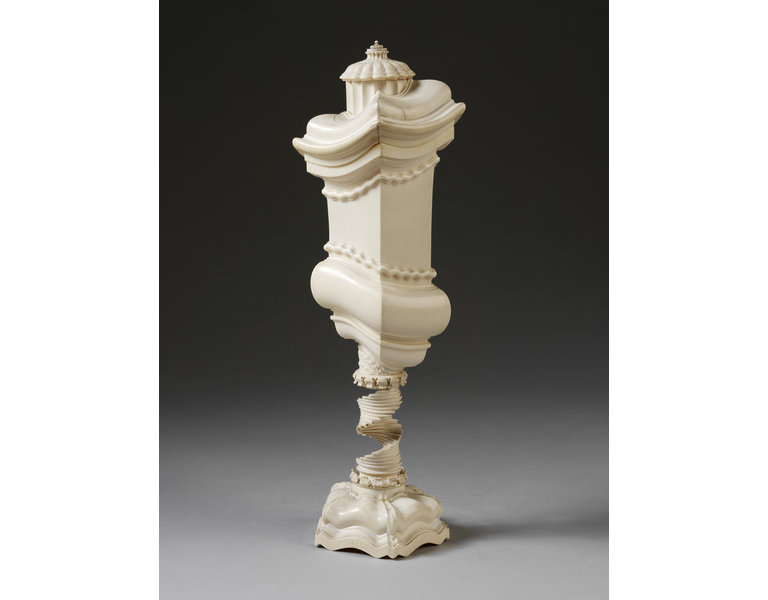