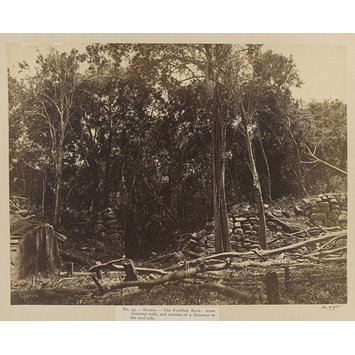 Sigiria- The Fortified Rock: stone retaining walls, and remains of a Gateway on the west side.

The royal fort and palace at Sigiriya was built by King Kashyapa between 477-485. It was surrounded by a wall and double moat. The stone remains and gateway in this photograph may have formed part of the protective wall.

The ruins of a stone built wall, with an opening in the centre. In the background are standing trees and in the foreground are fallen trees as well as other scattered stone remains.

LAWTON 93
Written on negative and appears in the bottome left hand corner of the print.

The mount is white. In the top right corner of the mount is a label which reads: A.in.SIGIRIA. A label printed with title is pasted underneath the photograph. The museum number is written in the bottom right hand corner.

Historical significance: Built by King Kashyapa between 477-485, the Royal Fort and palace was surrounded by a wall and double moat. The stone remains and gateway in this photograph may have formed part of the protective wall.

Photograph of the ruins near the Royal Palace at Sigiriya, Sri Lanka, by Joseph Lawton, albumen print, 1870-1. 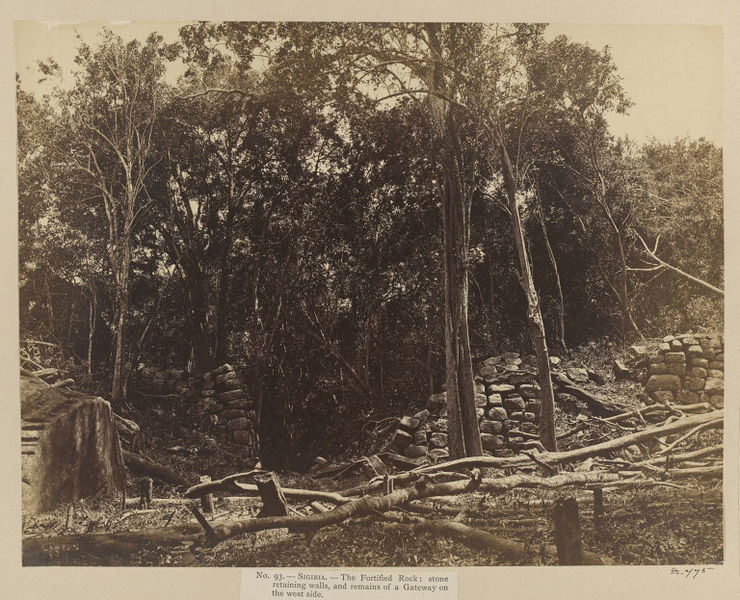