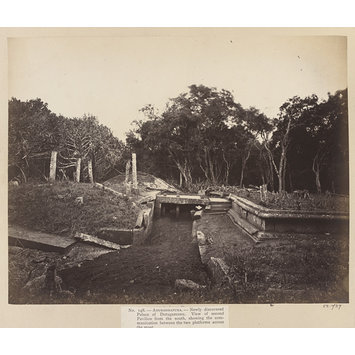 Anuradhapura- Newly discovered Palace of Dutugemunu. View of second Pavilion from the south, showing the communication between the two platforms across the moat.

Stone remains, including large slabs of rock and a few standing pillars, surrounded by trees. A dirt path, the remains of a moat, runs from the foreground to the middle ground where stone platform traverses it.

Historical significance: This building has not been properly identified. 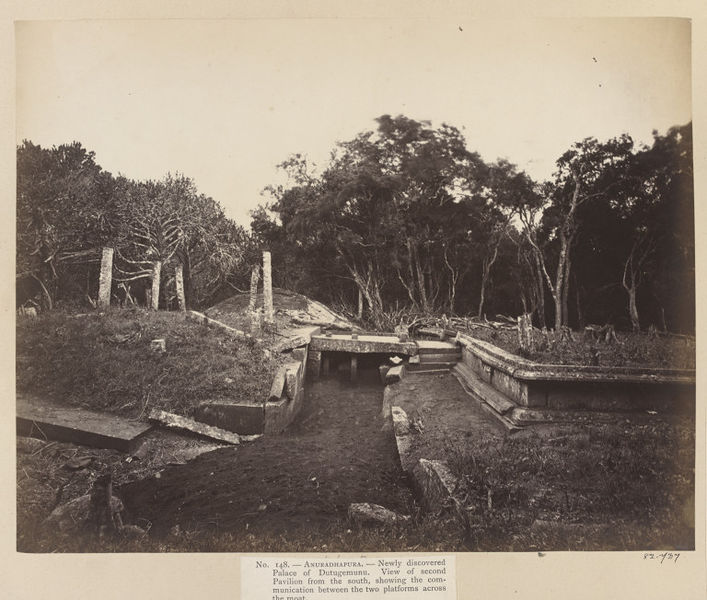