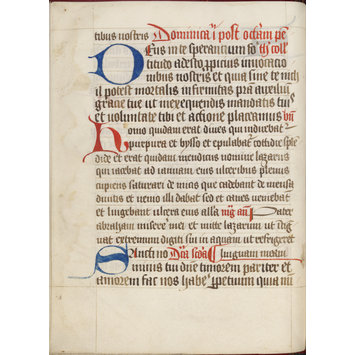 Decoration:
Major initials:
f. 41v: Beatus vir, Psalm 1: full-page initial B (blue interlace strapwork letter-shape, the terminals with small fleur-de-lys and dragons’ heads, with curling stems and leaves of green and red, small white tendrils as highlighted ornament, the whole on a burnished gold ground within a moulded frame of green, pink and red.
f. 84r: Quid Gloriaris in malitia, Psalm 51: full-page initial G with a lower compartment for a red and blue dragon with interlaced foliate tail supporting the letter-shape.
ff. 60r, 72v, 85r, 96r, 110v, 124r, 126v, 139r: 10- to 14-line initials matching those of ff. 41v and 84r. f. 96r with a winged dragon as the letter-shape.
Minor initials introducing each Psalm. Letter-shape of burnished gold bounded by a red ink line, infill of stems and leaves drawn in red, the whole upon a monochrome blue ground with some green or red. 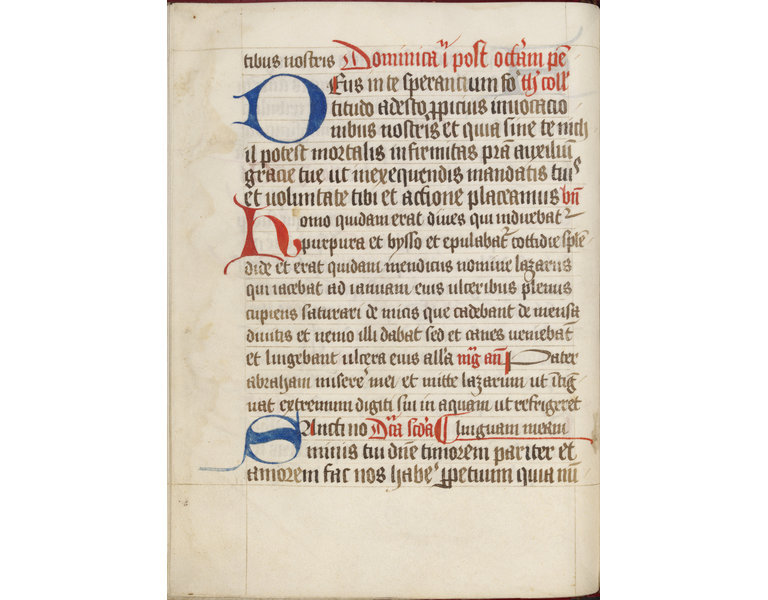