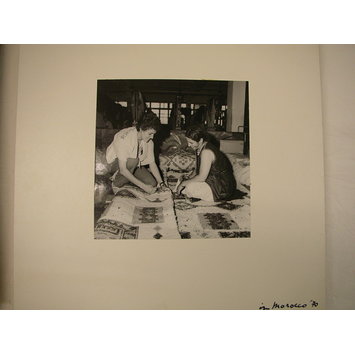 Black and white photograph on mounting board of two women crouched over various rugs and textile samples: artist Sheila Hicks is on the left kneeling on one knee and wearing a white blouse embroidered on the shoulders, and a dark-haired woman is on right in a dark top sitting cross-legged.

TEXT ON T.504:1-1998:
----------------------------------------
Among world civilisations, those of ancient Peru were probably the only ones which availed themselves to the full extent of the latencies in textile arts. Not only did they succeed like others in elaborating richly decorated surfaces, but they were unique in making bas-relief and even sculpture out of threads.

Overcoming the neglect and the oblivion in which these incomparable works have fallen, Sheila Hicks has retrieved and assimilated their tradition while marrying it felicitously to others such as those of Persia and India. Far from copying them, she has renewed them by original discoveries which appropriate them to the raw materials, the techniques and the aspirations of our time.

Her wall hangings have the living warmth and the thickness of fleece; their complex structure and their shadows seem to chisel out perspectives attributable only to dream palaces; they offer the mellow depth, radiance and mystery of the starry sky.

Photograph on mounting board taken by Martine Franck, Morocco, 1970 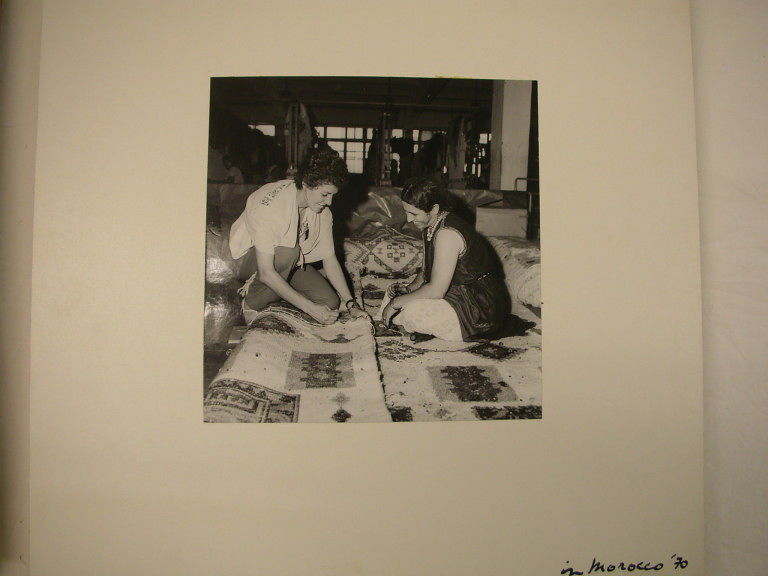