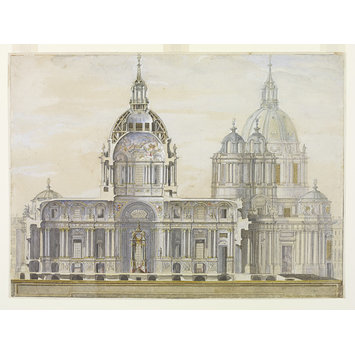 Design for a projected church for the Order of the Holy Ghost, Paris.

Design for a church with cutaway detail.

first half of Eighteenth Century (made)

Pen and watercolour, heightened with white

Two related drawings of a project for the Hotel de Ville are in the Bibliotheque Nationale, Paris (Est. B 6 t.III res. fol).

MEISSONNIER, Juste Aurele (1695-1750) Design for a projected church for the Order of the Holy Ghost, Paris.
Pen and watercolour, heightened with white.

These designs were purchased from the
same dealer, R Jackson in 1883 and 1887.
They are for a projected church for the
order of the Holy Ghost, in Paris. It was
only part of a huge town planning scheme,
and was never built. Meissonier was best
known as a goldsmith, although he had
ambitions to be recognized as an architect.
His style was a blend of Italian Baroque and
the Roman classical tradition. He was
credited with being one of the first
designers in the developed Rococo style. 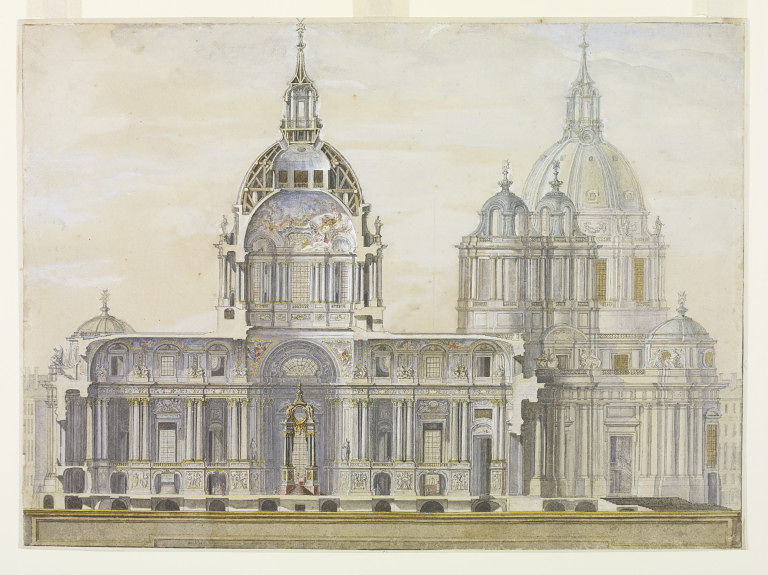