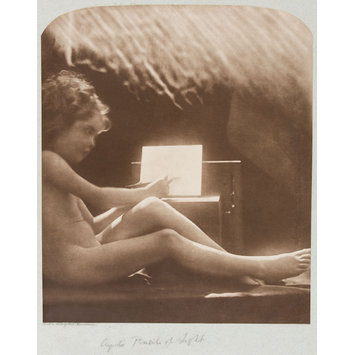 A photograph with arched top of a naked child seated in profile, with an implement being used on a piece of paper. 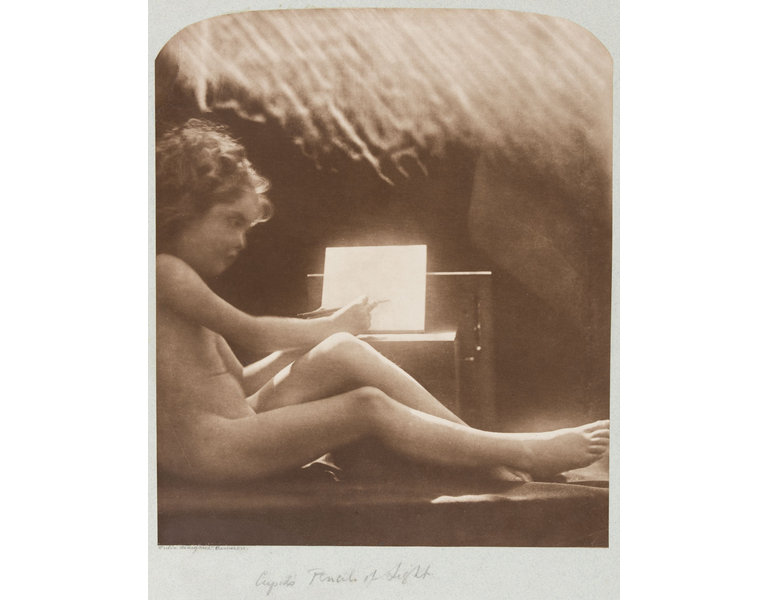