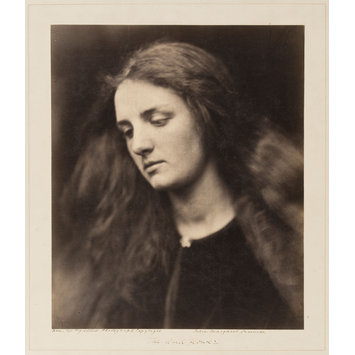 A 3/4 portrait of a woman taken from the chest up. Her hair falls loose over her shoulders. Her eyes are cast downward. 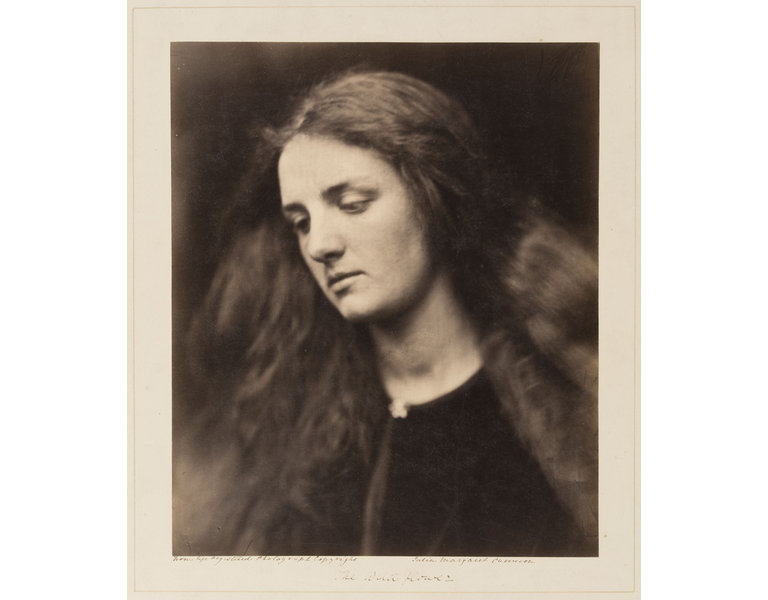