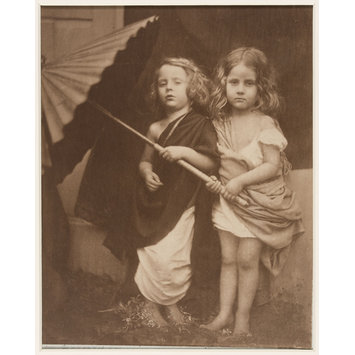 This was one of several variations Julia Margaret Cameron made illustrating a scene from Jacques-Henri Bernardin de Saint-Pierre’s tragic romance Paul et Virginie. The novel tells of the ill-fated love of two children (here played by Freddy Gould and Elizabeth Keown) living on the island of Mauritius. The image depicts a passage in which the two are caught in a storm.

A photograph of two children (Elizabeth Keown and Freddy Gould) both draped in cloth, standing, holding an open parasol. 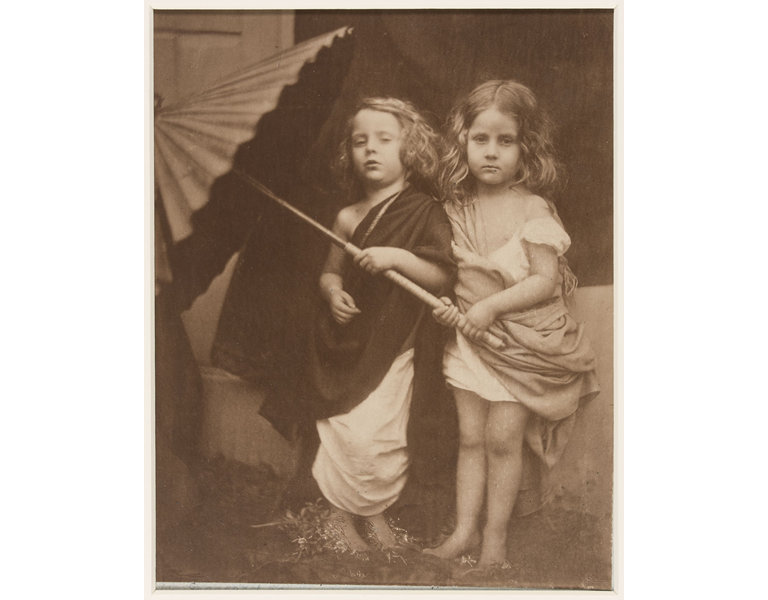