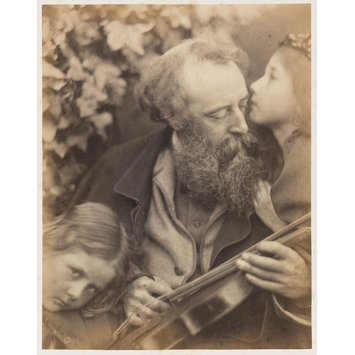 The Whisper of the Muse

A photograph of a bearded man (George Frederic Watts) with violin surrounded by two young children (the sisters Elizabeth and Alice Keown) against a leaf-covered background. 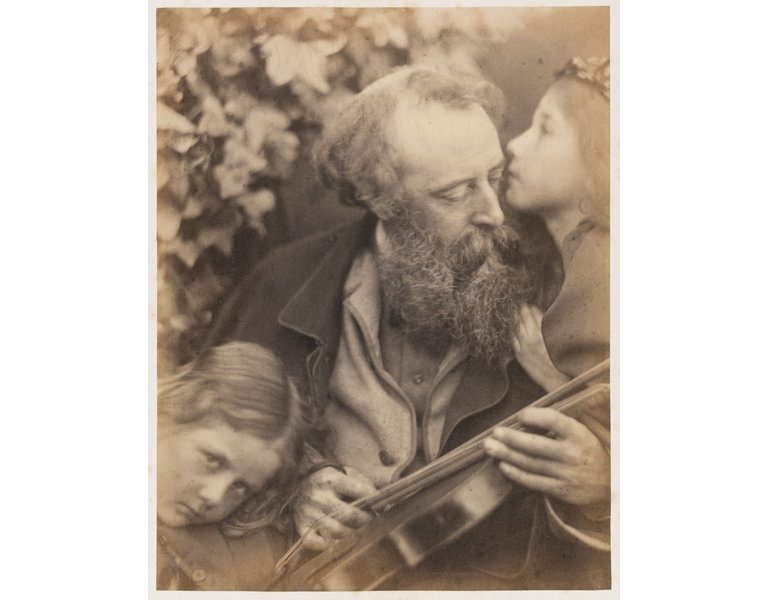