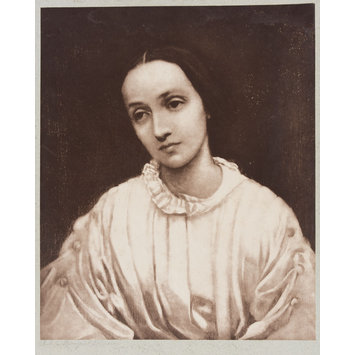 A carbon photograph of a painted portrait of the artist Julia Margaret Cameron mounted on green card. 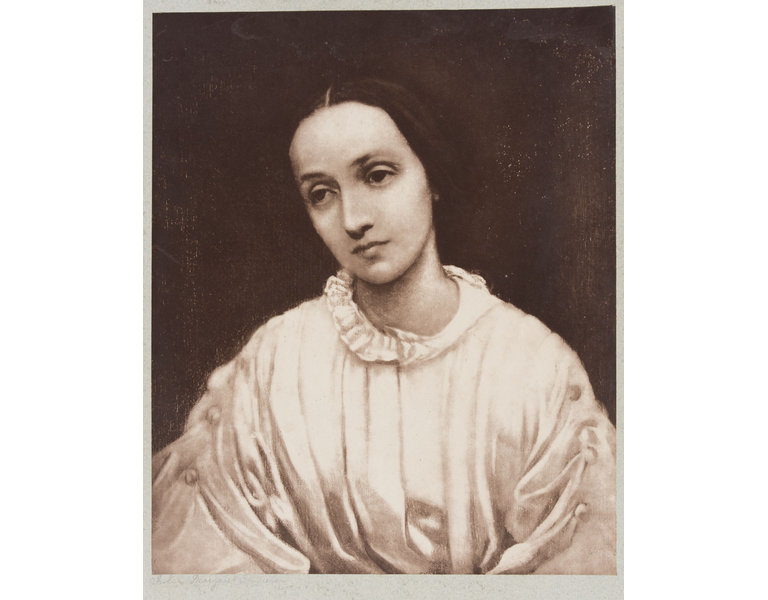